This morning we treat ourselves to an extensive breakfast at the campsite’s bistro, where we discuss where today’s stage shall lead us. Further west would mean moving farther away from the ferry, going east brings us back to it too early. 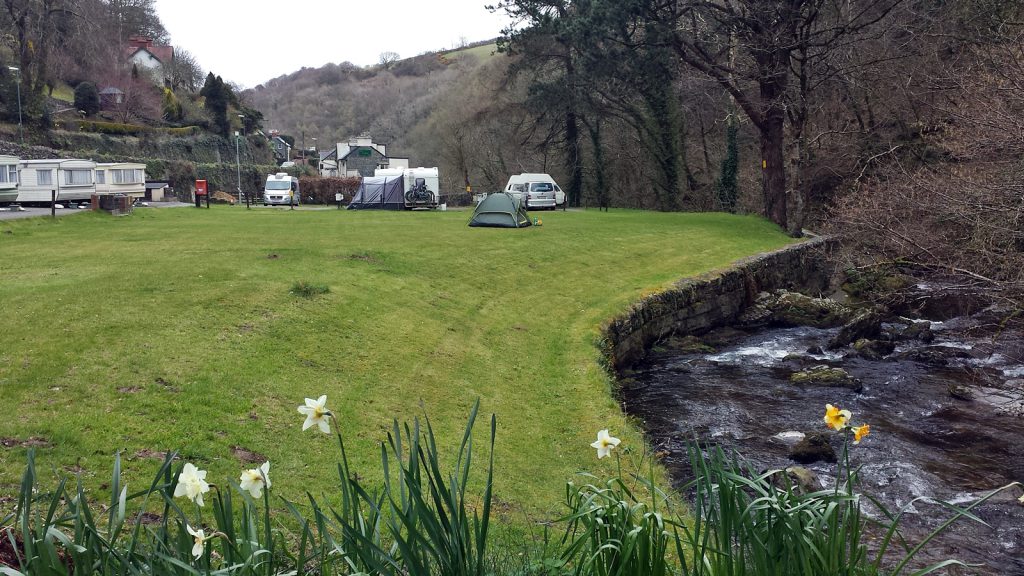 Devon, half ten in the morning

Thus we let the chef and his wife take the lead today and chose a destination for the evening. Who says the Didimobile was the one to always make the decisions? 😉 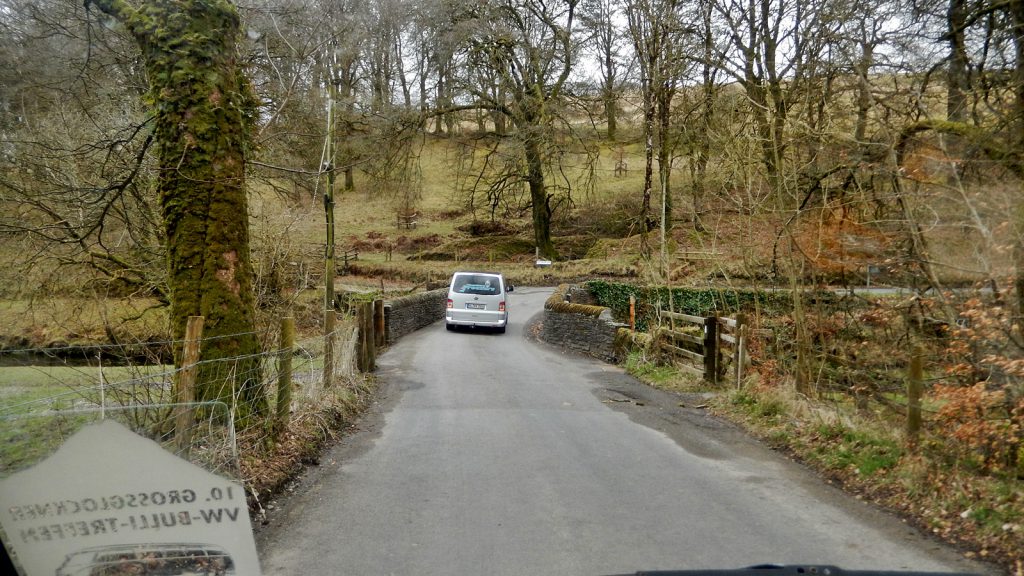 Today’s stage leads us slowly but surely southwards over the highlands of Exmoor National Park, whereby the chef’s initial shyness about the narrow British country roads seems to be turning into a new hobby. 😉 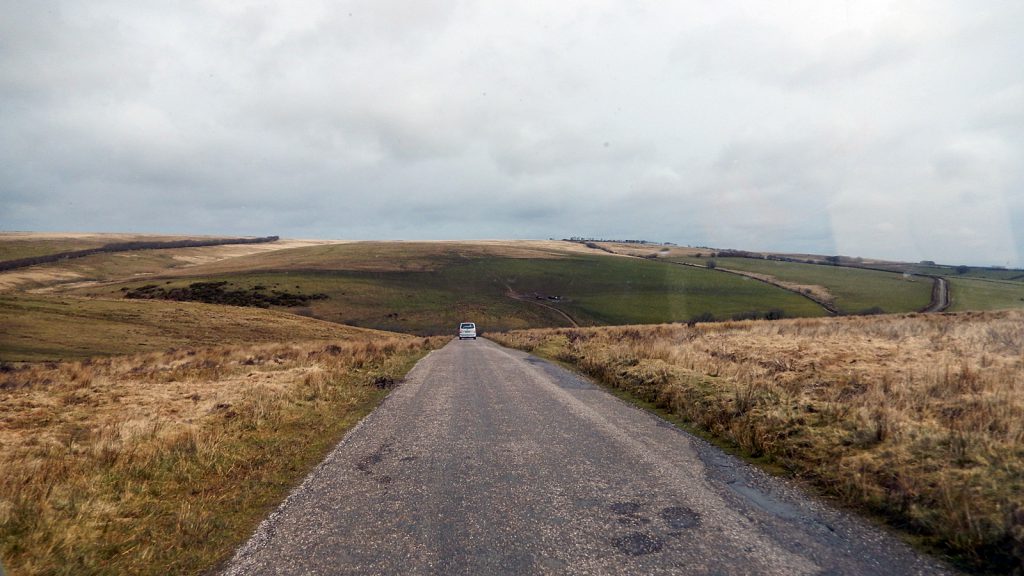 We cross the border between Devon and Somerset several times, mostly alone in the great outdoors. 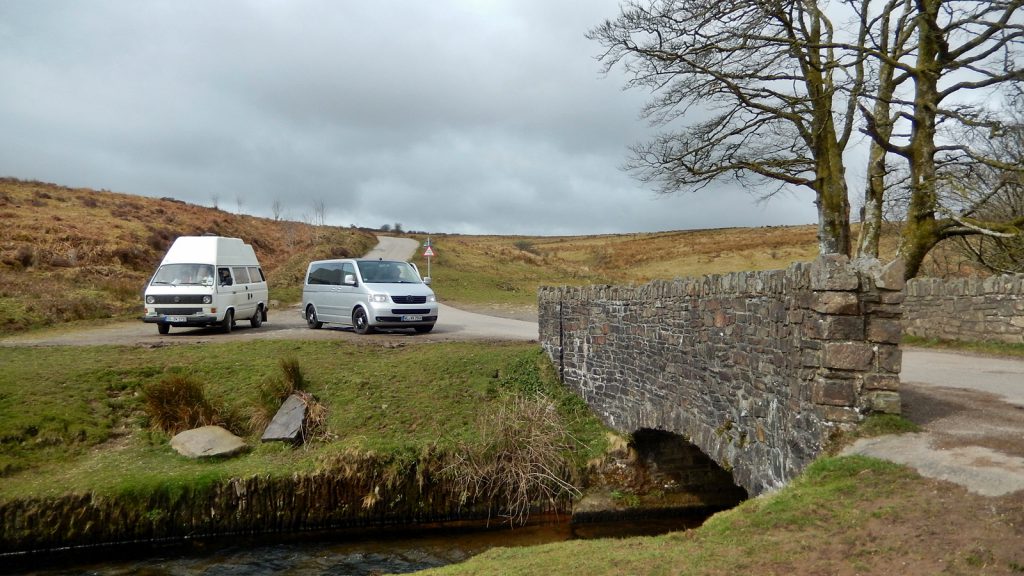 The streets in this area – as well as almost everywhere in England – are simply built into the landscape, regardless of hills or mountains. A 1-in-3 incline presents the Didimobile with the greatest challenge so far; after all, that’s a 33% incline. Very slowly and well in first gear, we can easily manage the short stretch. (Y) 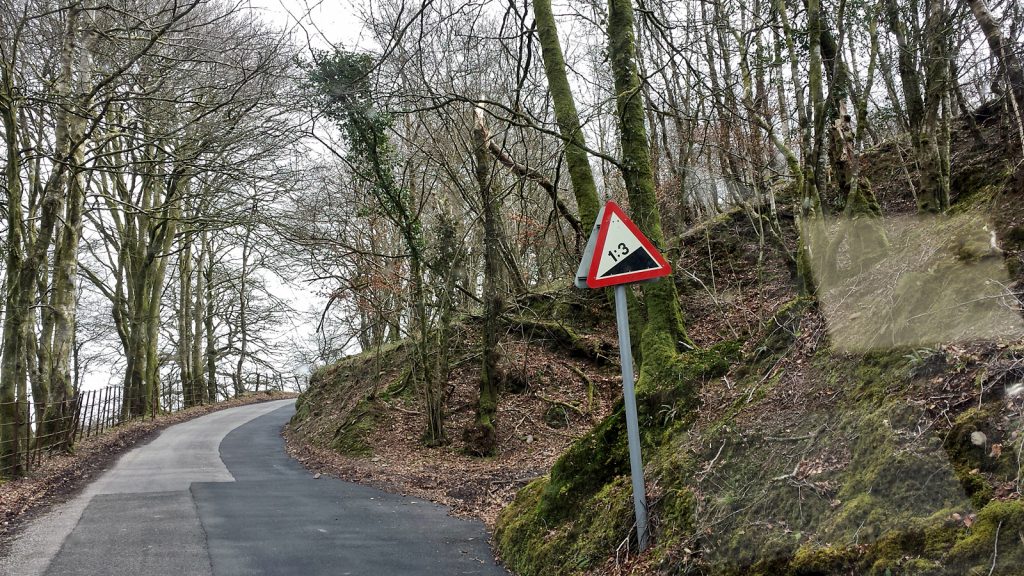 Fortunately the chef is driving in front since his newly discovered soft spot for the narrow D-streets of England leads us along single-lane hedgerows without any real passing loops. And then suddenly there is an oncoming car, which he shooes back some hundred meters like a hero. 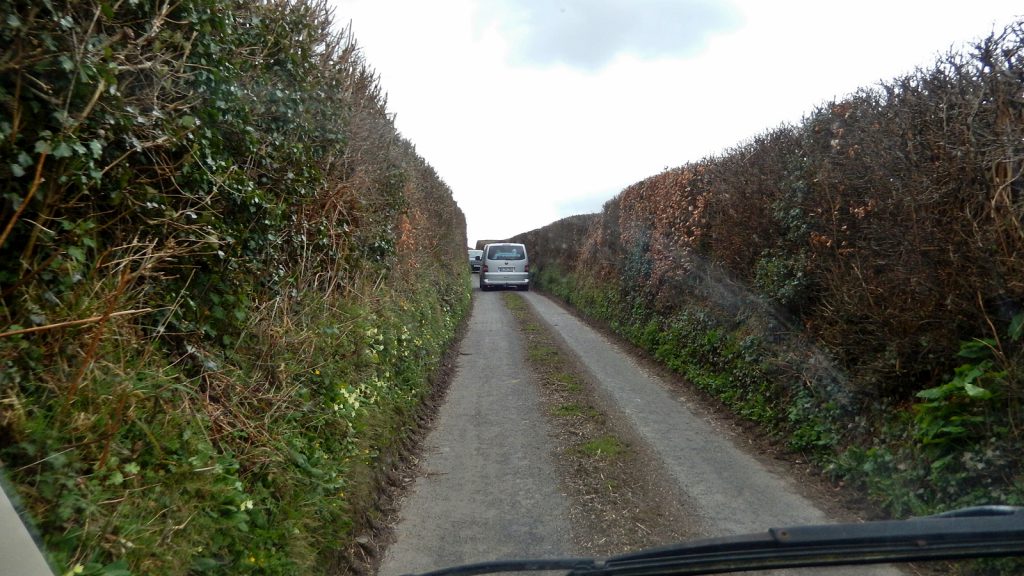 Oncoming traffic on the hedgerow

Past picturesque villages, this stage leads us to Honiton, a larger town south of Exmoor National Park, from where we continue our journey across the fields to the Channel coast after a little refreshment in the form of coffee, tea and cake. 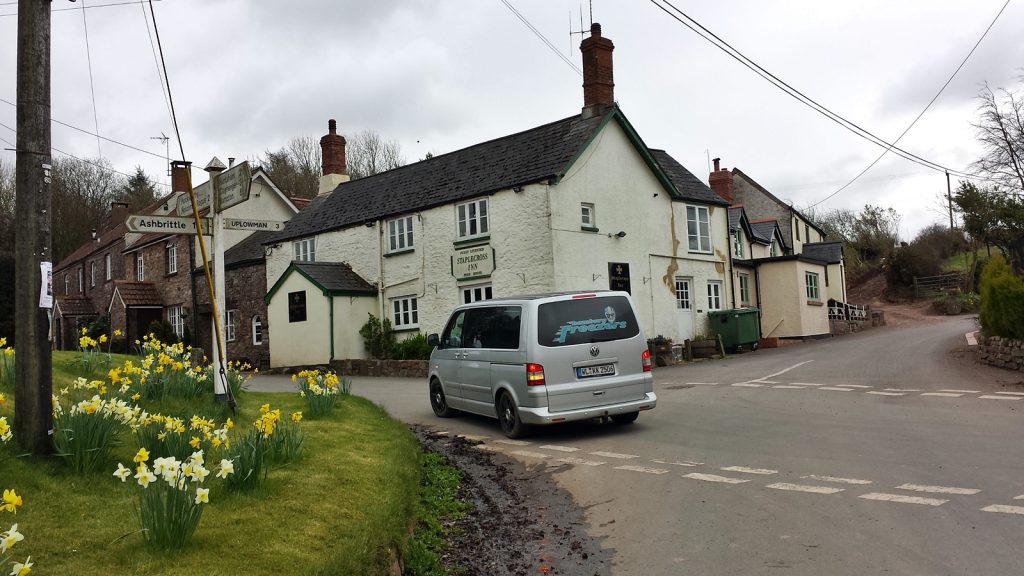 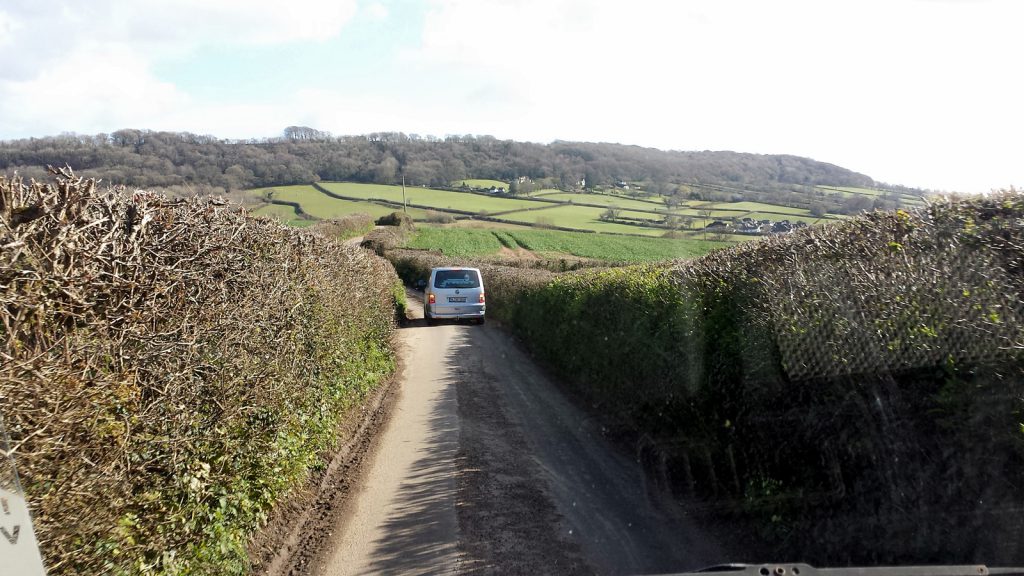 Hedges as far as the eye can see

In Lyme Regis we finally get to the sea, this time on the English south coast. The sun has now come out again, so that a little bit of summer feeling comes up.

We drive a bit further east along the coastal road until we finally find a fantastic pitch near West Bay at Highlands End Holiday Park with a view of the green hills and the English Channel. 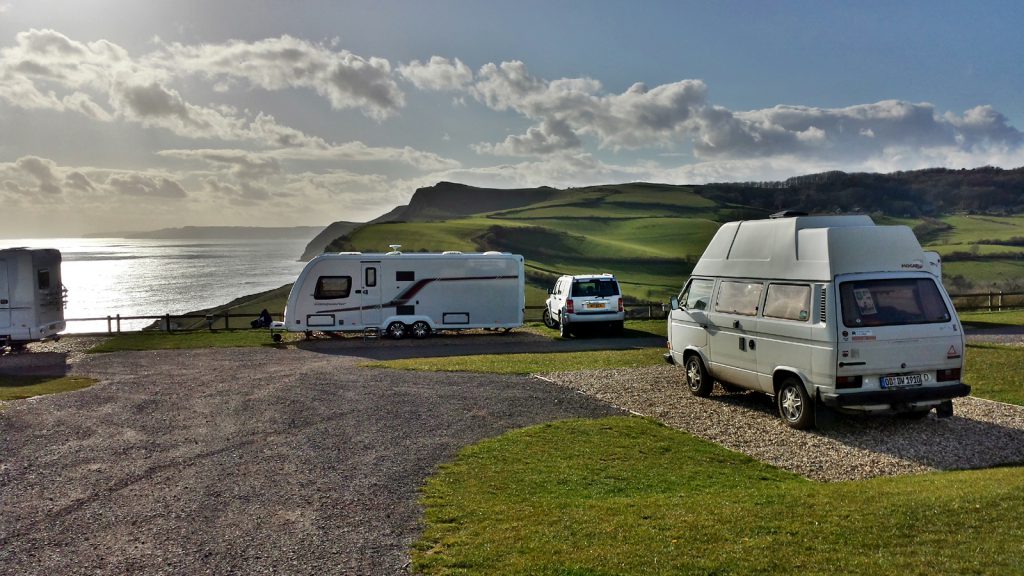 We end the evening in the bar of the Holiday Park with a few beers, watching the soccer game Dortmund against some English team.

Along the English Channel

This is our last day on the British Islands and Didi would love to have a glimpse at Brighton, some 200 kilometers away. So we head eastwards along the costal road. 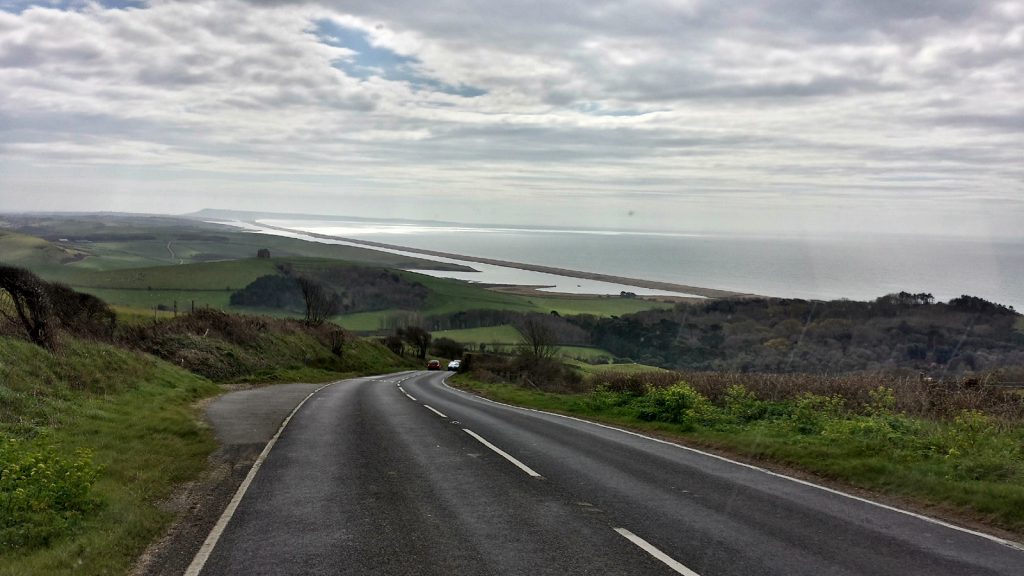 However, we do not get very far, because in Abbotsbury there is a first possibility to get directly to the sea. 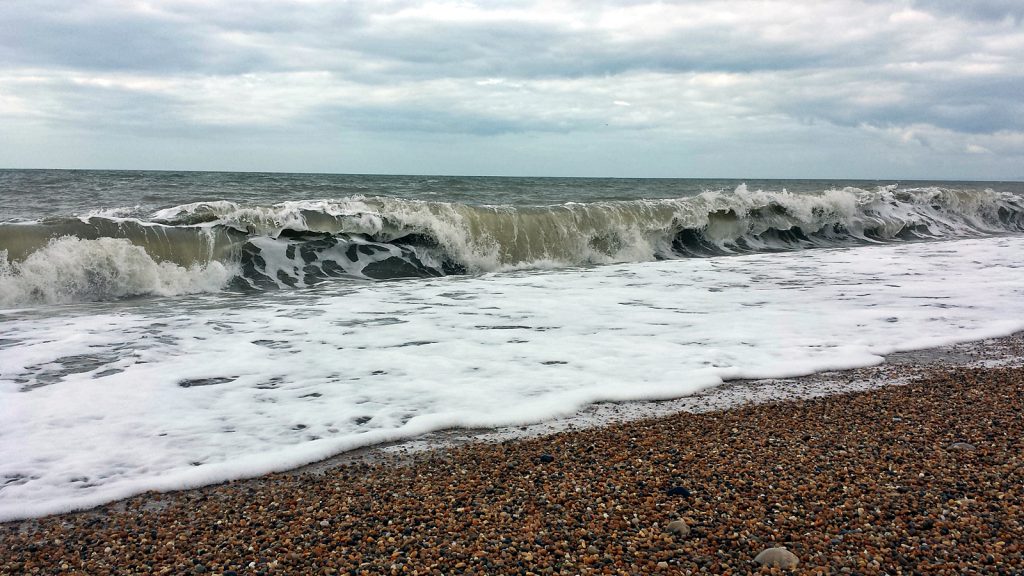 The beach, which looks very fine and wide from above, turns out to be completely stony instead of sandy on site. Nevertheless, it offers a fantastic view along the British cliffs.

Looking back to the campsite

An old church ruin sits enthroned on a hill next to the beach and attracts our attention. We would like to go there, but unfortunately there is no road leading up. So we leave the cars in Abbotsbury and walk cross-country across the sheep meadows to St. Catherine’s Chapel. 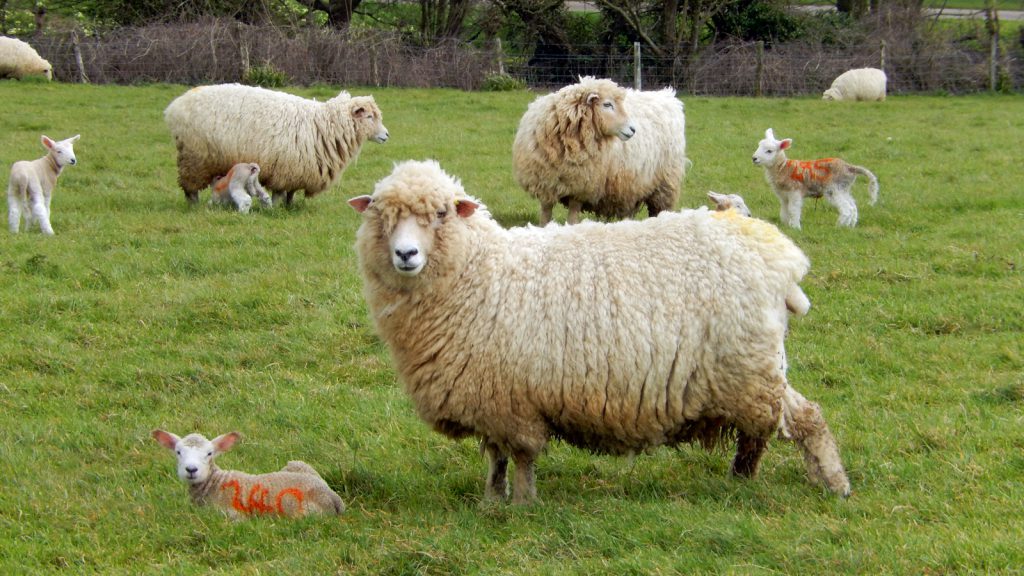 Should be shorn again: sheep

St. Catherine’s Chapel stands in the middle of an exposed hill and is therefore already visible from afar, at the same time you have a wonderful panoramic view from up here. 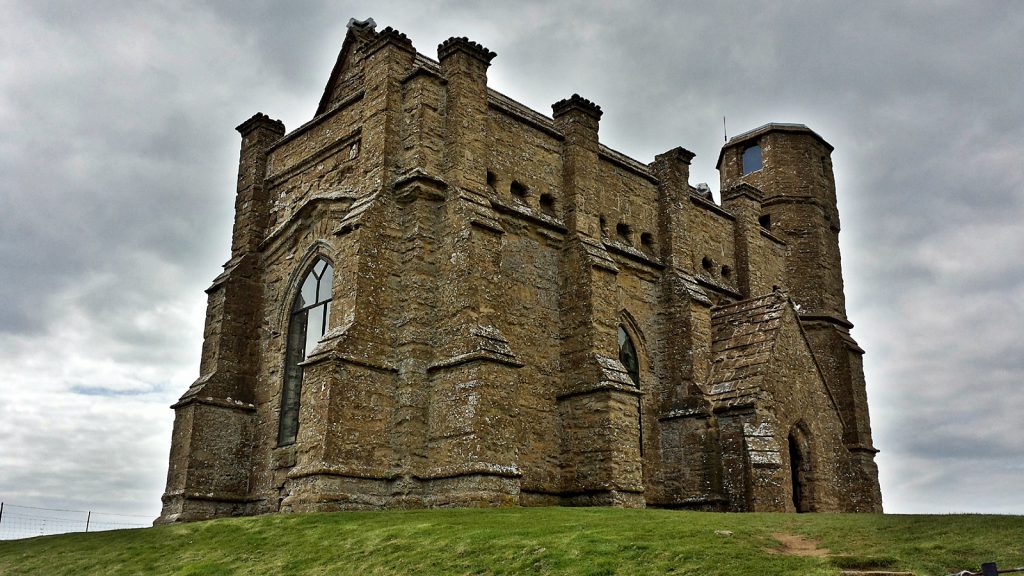 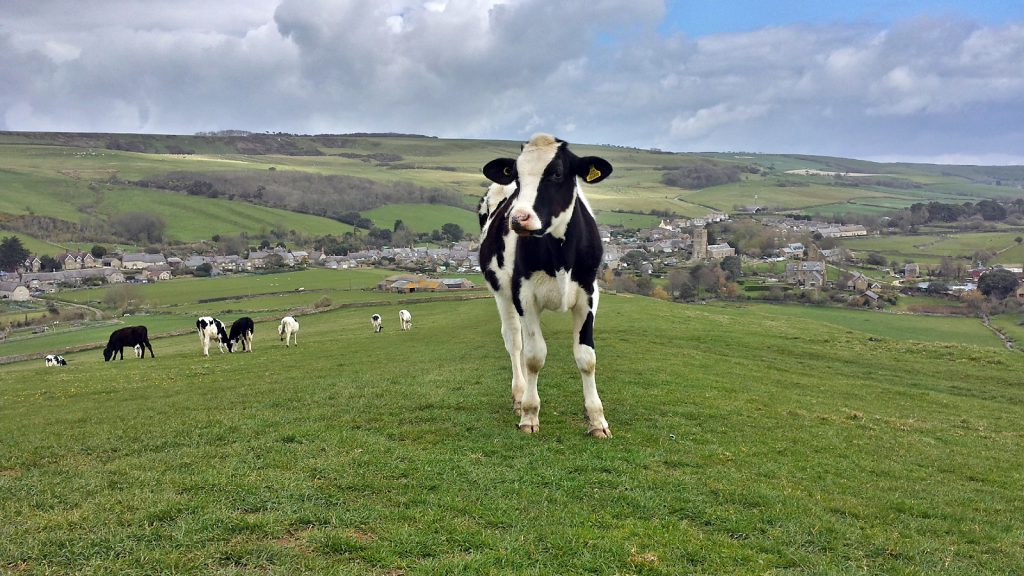 Meanwhile it became 1 pm and we have only done 20 kilometers so far. So we head for the motorway to Brighton which we reach around 6:30 pm. 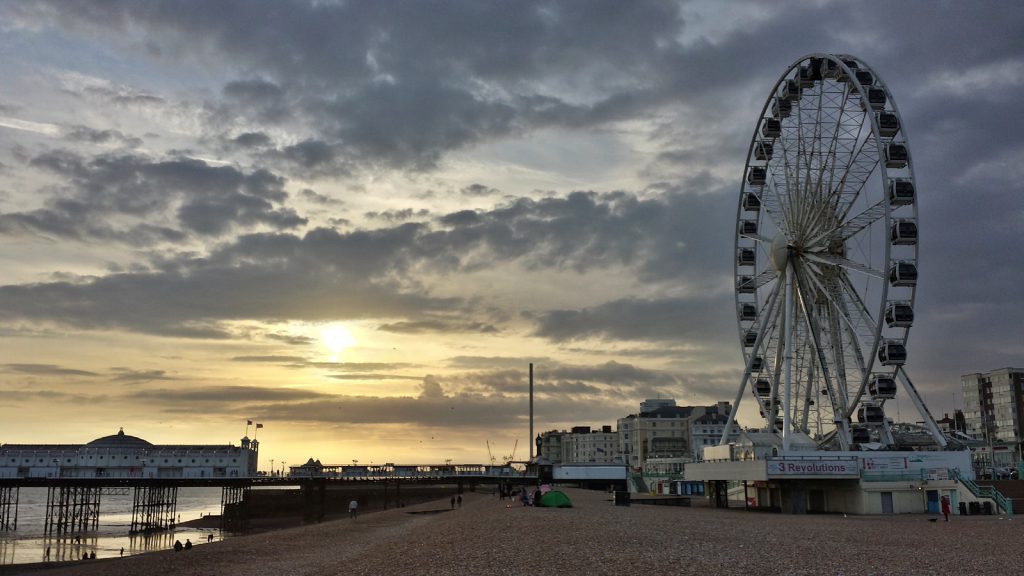 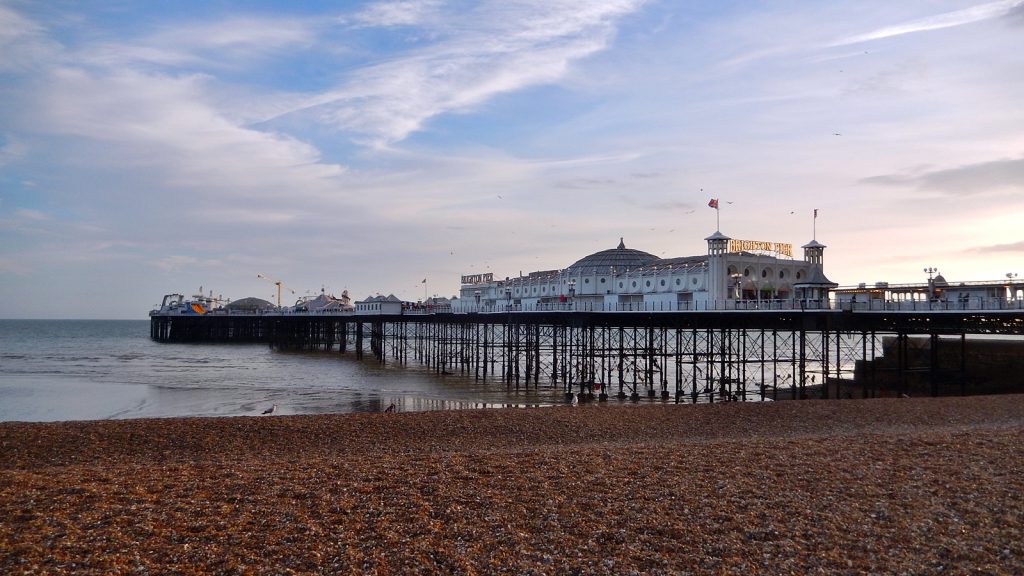 The main attraction in the coastal town of Brighton is certainly the pier with a number of amusement shops such as arcades or roller coasters. Unfortunately, most of the shops are just about to close when we arrive. It’s not season yet. 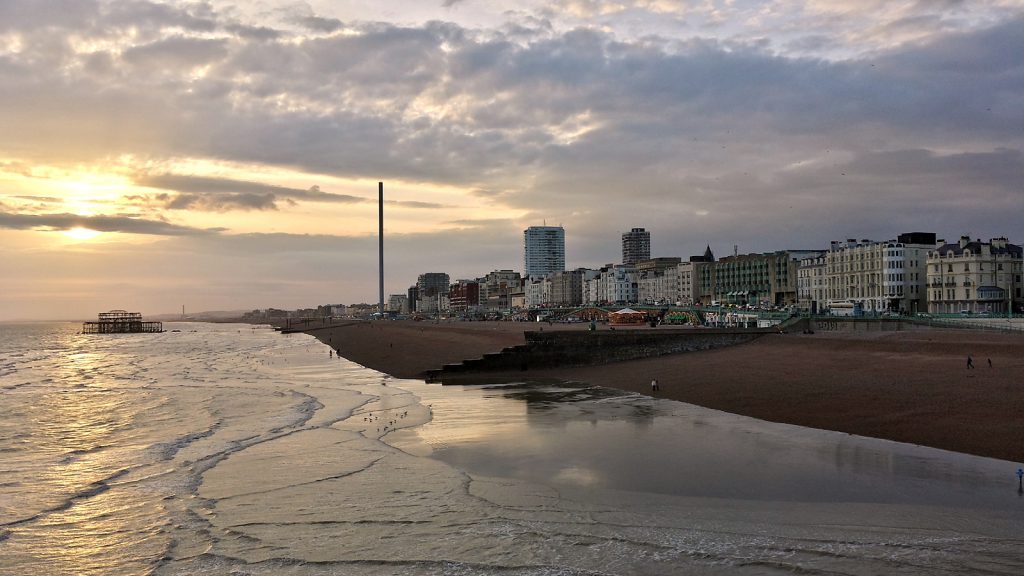 View of Brighton in the last sunlight

In the meantime it has got dark and we are looking for a campsite which we find in now typical rainy Hamburg weather a few kilometers northeast of Brighton in the middle of nowhere. Due to the softened ground, we are allowed to spend the night on firm ground right next to the entrance to Blackberry Wood Campground, where we cannot get electricity, but only have to pay half the price per vehicle.

Today we have to get up early because the ferry is due to leave at 12 noon and it is still around 180 kilometers to Dover. The rain still doesn’t want to let up, so we refrain from taking a closer look at the interesting “holiday homes” at this campsite, which consist of old London double-decker buses or even a helicopter:

“Apartments” in a caravan or double-decker … 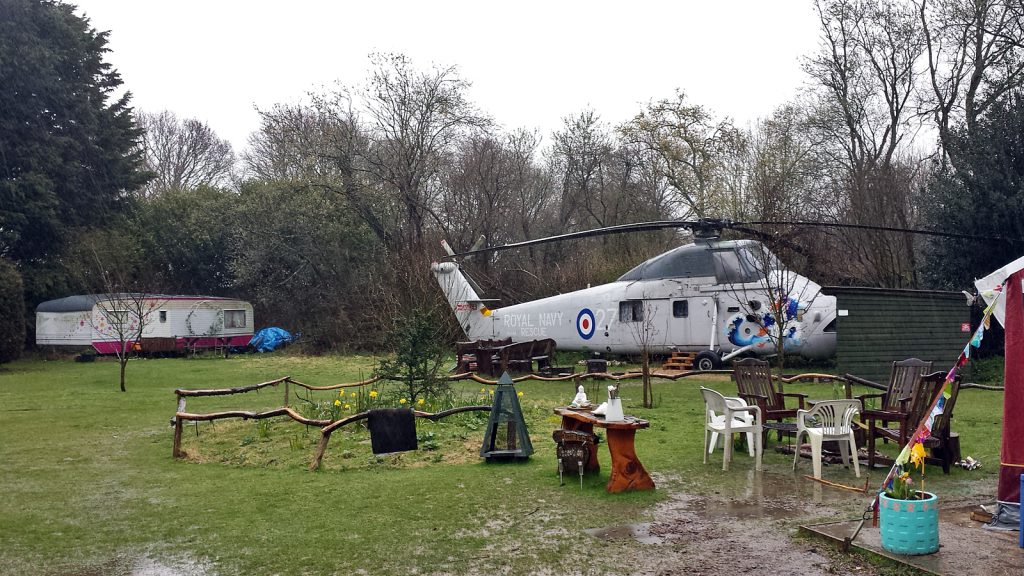 … or in a discarded helicopter.

We reach Dover on time, but have to wait long at the check-in. So there is only time to visit the restroom quickly before boarding begins. The crossing is usually unspectacular, just like the rest of the tour on French and Belgian motorways.

We move into our night quarters on the small, very well-kept mobile home parking space near Gorinchem in the Netherlands. 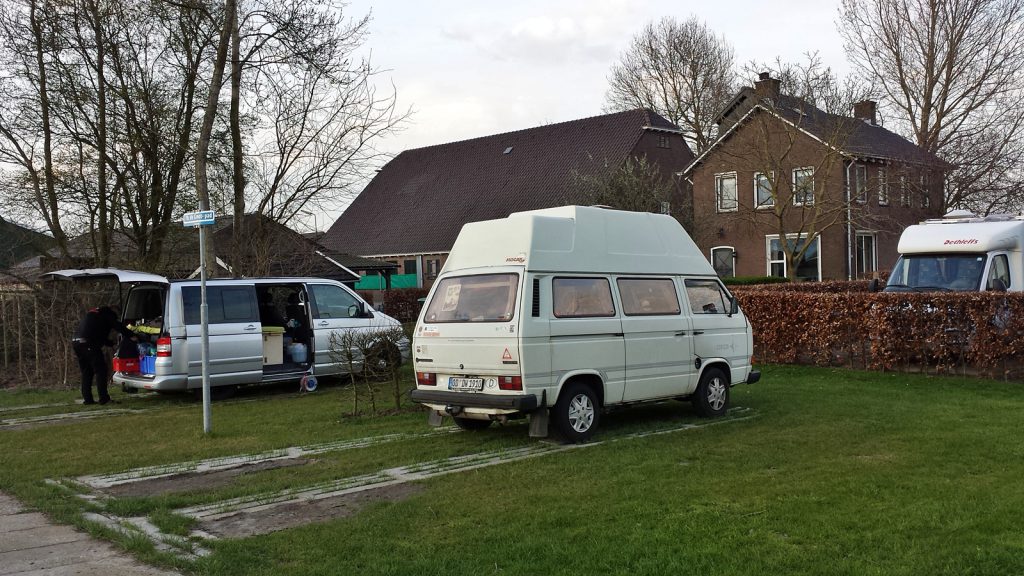 For dinner we have a last delicious barbeque. Some rams are curiously watching us from the other side of a small creek and are lucky that our meat reserves are sufficient for us. 😉 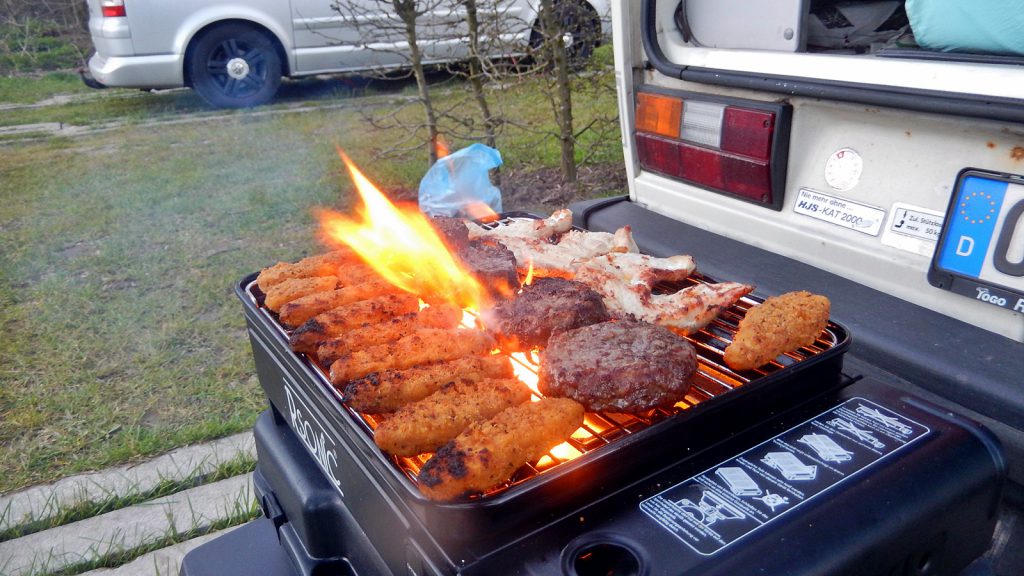 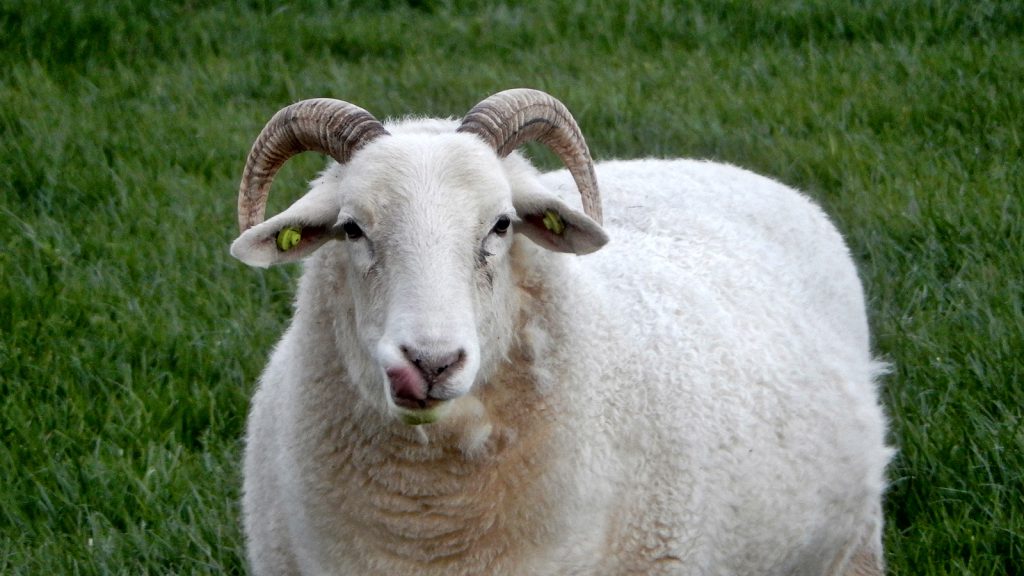 After sleeping in, we pack our things and make our way home, back to Germany and Hamburg. 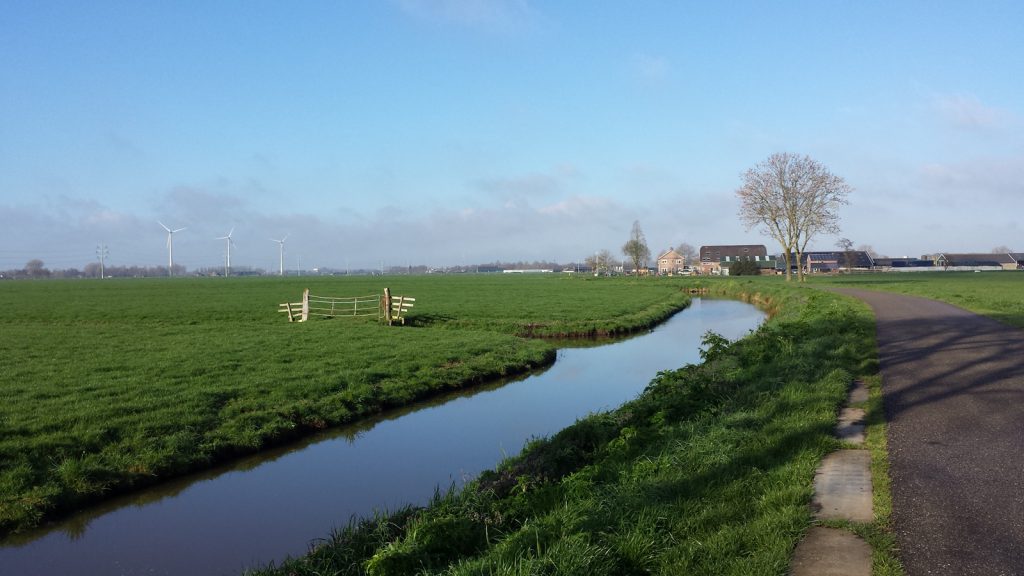 The journey along Dutch motorways does not offer any highlights, at the Cloppenburg services we have a last group lunch. Short of Hamburg we say goodbye to the chef and his wife and, a little whistfully, take the path to the most beautiful city in the world. 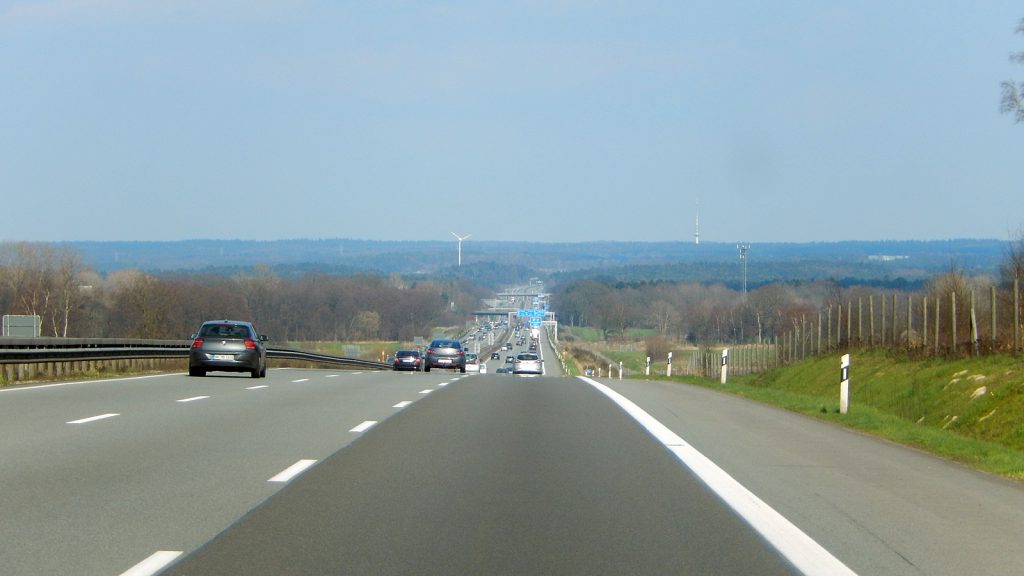 Autobahn A1 short of Hamburg 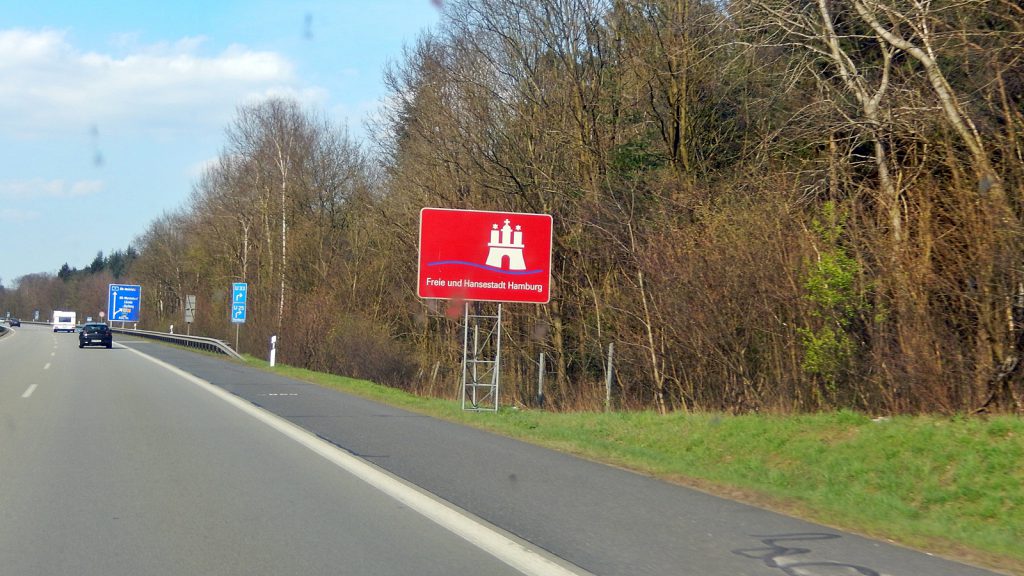