How it all began

It all started very differently than you think: with a huge, common prejudice. But one after anonther: 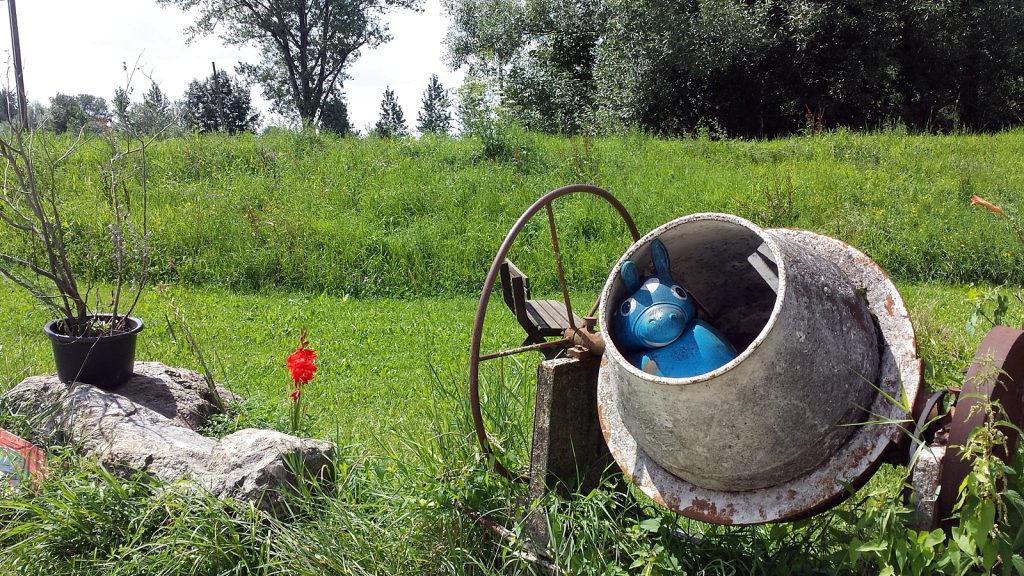 “The gladdest moment in human life, methinks, is a departure into unknown lands.” (Sir Richard Burton)

It is cold outside, uncomfortable, typical Hamburg weather. Time to think about where this year’s “big summer tour” with the Didimobile could lead. Mountains. Maybe France, Verdun is said to be fantastic. Last year we had the idea to go to Venice one day; Rome would also be an interesting destination. Or maybe eastwards. Last year we jokingly referred to the Czech Republic as “Transylvania”, why not go there this year to the completely unknown East?

I love Google Maps, can spend hours looking around there, collecting ideas, discovering places that I would like to visit someday. Anyone who knows me knows that I love the small side roads on which the journey itself is the destination and you can actually get to know the country’s culture and its people. In the Austrian-Italian border region, there are some very worth seeing Alpine passes. I made notes and was looking for a reasonable route. And then suddenly there was another border: Slovenia.

When I was back in school it was called “Yugoslavia”, the capital was Belgrade and my parents raved about the unpronouncable island of “Krk”, where they spent a summer vacation with me as a child. Today the associated country is called Croatia, and I know many people who like to spend their vacation there and have a lot of positive things to say. So maybe more to the east? I had been at Plitvice Lakes as a child, before the Balkan War, and I vaguely remember that I enjoyed it very much.

So it was getting late that evening. Meanwhile I was looking for a promising route north to Transylvania, but the interesting looking roads led further east: Montenegro was reached. From time to time I had already seen videos of breathtaking mountain roads in this more or less unknown country on YouTube: narrow, with unlit tunnels. But can you drive there safely with the VW bus? Corrupt policemen, arbitrary border controls, gang crime: there is a lot you can hear from the Balkans, if it’s not Croatia. But actually, I have seen a lot of Montenegro’s landscape so far, but have heard or read little or nothing about it. Doesn’t have to be a bad sign.

On Google Earth, Transylvania was slowly but surely discarded and Montenegro selected as the new destination. Looking at pictures and studying the course of roads, I suddenly encountered another border in the east of the country. “Is that already Greece?”, was my first thought. “That would be cool, too.” Zoomed out. No, not Greece. Albania! For heaven’s sake! No, definitly not. Mafia, drug trafficking, Sodom and Gomorrah. The car will be stolen immediately, and should the cannibals not eat you, do they know torture methods that let the Middle Ages seem harmless.

“Under no circumstances can you take the Didimobile to Albania“, that much was clear to me. But on Google Earth it is still allowed to take a look at a country of which you only know that for decades it had been the most isolated country in Europe. The North Korea of ​​the West, so to speak. In 1994 I already wanted to go there once – as a guided day trip from the Greek island of Corfu. From there you could see Saranda, a prefabricated city in uniform socialist gray. However, the day tour was fully booked. I imagined the country somehow like the GDR – only in dreary, monotonous, gray, dirty, broken.

But then I saw the first pictures on Google Earth: Alpine-like, lush green mountain ranges. Turquoise, crystal clear mountain rivers. My curiosity was piqued and I discovered a small road that left the country to Montenegro again after about 50 kilometers in the north. Maybe I should dare to take a day trip through this completely unknown country? Perhaps without stopping, locking the doors and driving through as quickly as possible? As a test of courage, so to speak?

It was now midnight and I started to google the internet for information about Albania and especially the places along the route. I quickly came across travel blogs. Blogs from dropouts, globetrotters, but also from retired couples who were on their way to Greece with their motorhomes. Blogs with captivating and fascinating images. And everyone reported the same: They just wanted to “drive through quickly” – and stayed. Voluntarily. And all blogs had one more thing in common: They started with the words: “You can’t go to Albania, that’s far too dangerous …“. And then they praised this country and above all the people there in glowing terms. Unconditional hospitality, helpful, cheerful.

After three or four illustrated travel reports later and a quick check by the Foreign Office website, my decision was made early in the morning: Albania. I want to go to Albania! The more I spent the next few days doing research on this country, the more solid my decision became. I started spreading my travel plans to those around me, and I got nothing but lack of understanding. I also couldn’t find a passenger: “No way!”, “Way too dangerous!”, “Mafia!”. It was to be my first big trip, which I had to take on my own. I could have changed my mind, but after all the intensive research I did, I decided to visit this wonderful, largely undeveloped, original country sooner rather than later before the first mass tourists discover the country. Yes, I am very positively influenced and maybe a little blinded by the consistently more than positive impressions that I found earlier on the Internet.