A trip by sea what fun it can be

At quarter past four this morning the alarm-clock wakes us up. Three hours of sleep must be enough, because check-in for the ferry in distant Turku is at seven. We drive a hundred kilometers through the pitch black night during which we finally see our moose – or at least imagine him being there. But somewhere out there he is for sure sitting in the dark forest, watching us. 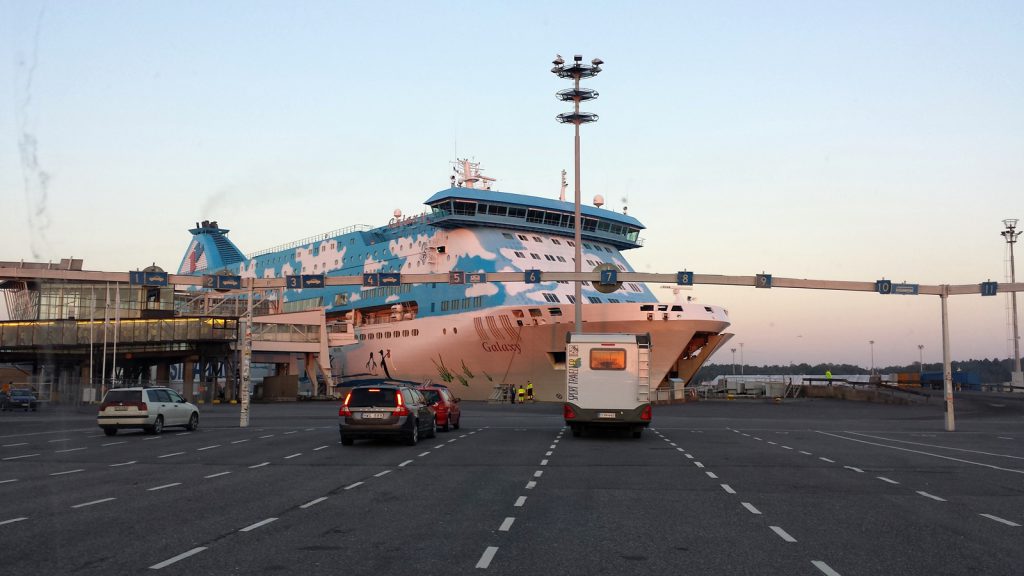 The cow-pattern coloured ferry with the futuristic name “Galaxy” arrives on time at shortly before seven in Turku, unloading and loading processes run smoothly and thus we can cast off for the eleven-hour-journey to Sweden’s capital Stockholm on time

Island in an archipelago near Turku

The gateway from Turku harbour is quite spectacular. At relatively high speeds the ferry blazes its trail around countless small islands, so called archipelagos, while the passage is sometimes not even double the width of the huge vessel.

An interesting fact for us is that an inside cabin for four persons is cheaper than a deck passage for us four, so we can perfectly compensate last night’s lack of sleep. 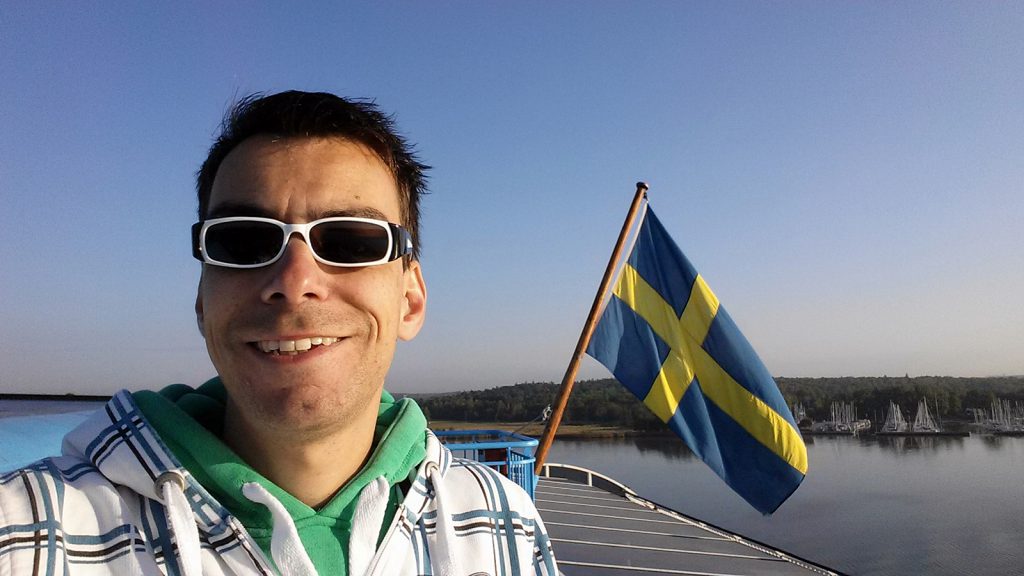 At 2 pm our ferry does a scheduled stop in Mariehamn, the biggest – and only – town on the Finnish but autonomous Åland Islands. Since Mariehamn does not belong to EU by customs law there is the chance of buying specific stimulants here at a reasonable price compared to standard Scandinavian ones. 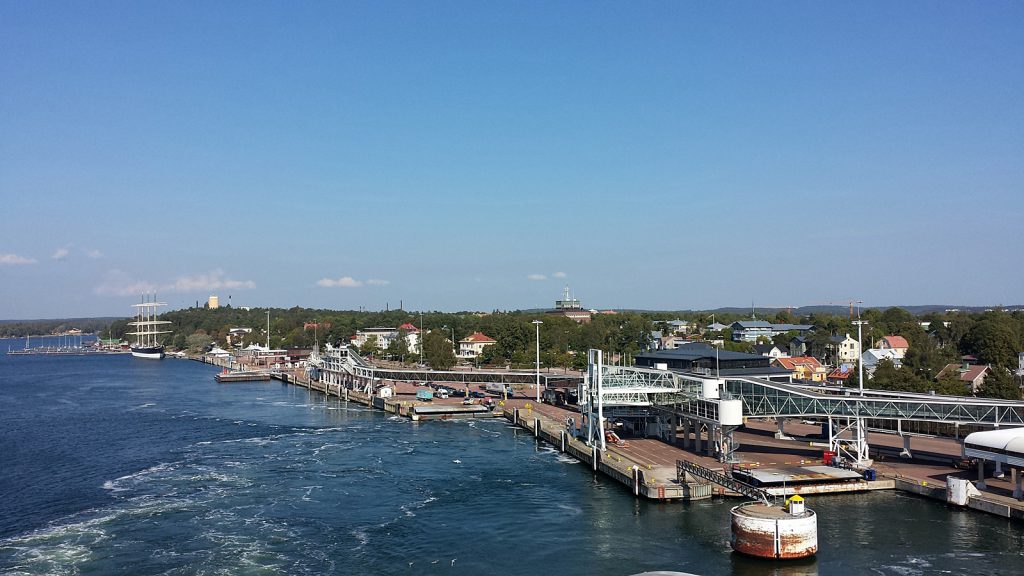 Nearly every ferry company does this stop in Mariehamn on their way from Sweden to Finland, so the waters in front the harbour resemble kind of a ship motorway. We also meet the red Viking Line ferry here the other four Hamburg fans are travelling on. They have left Turku half an hour after us.

Even more spectacular than the gateway from Turku is the harbour inlet in Stockholm. At full speed the ferry rushes past numerous rocky archipelagos being hardly 200 meters apart from each other, many of them inhabited. Stockholm harbour itself lies directly within the central city.

Perfectly on time our ferry arrives at Stockholm harbour at 18:00. We park the Didimobile in the city center and do a two-hourly excursion through beautiful Stockholm before heading on to the campsite in the west of Stockholm. 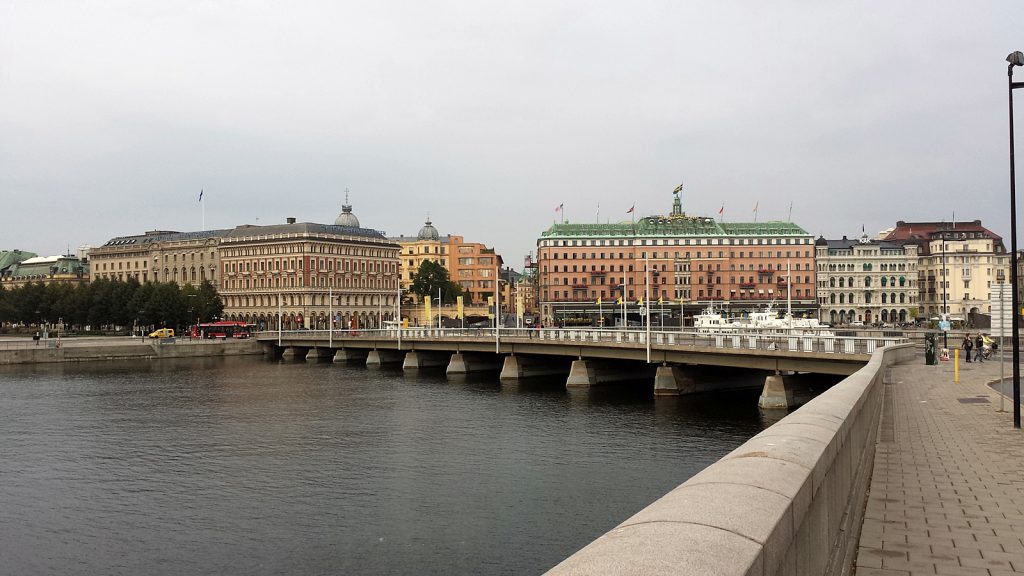 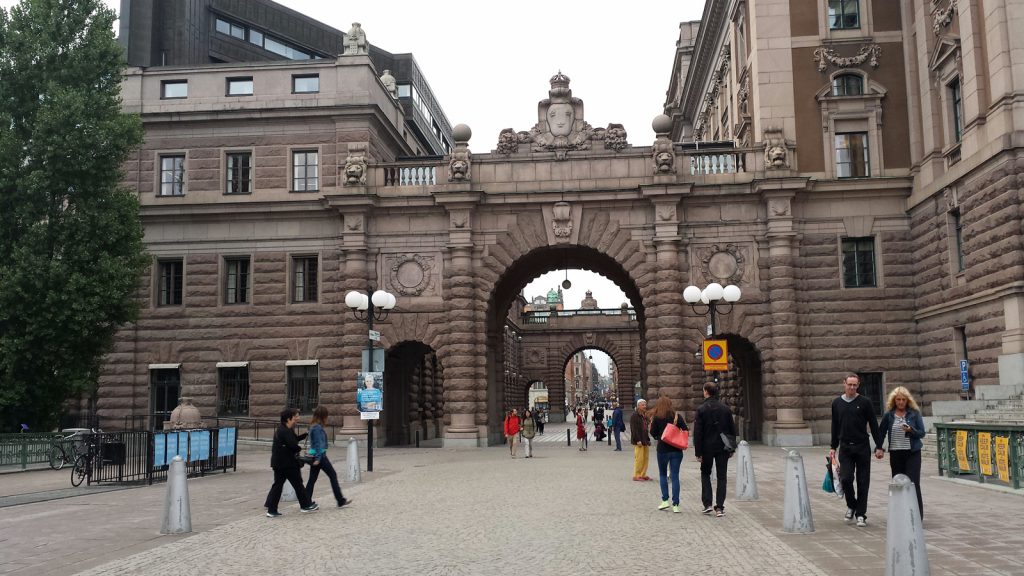 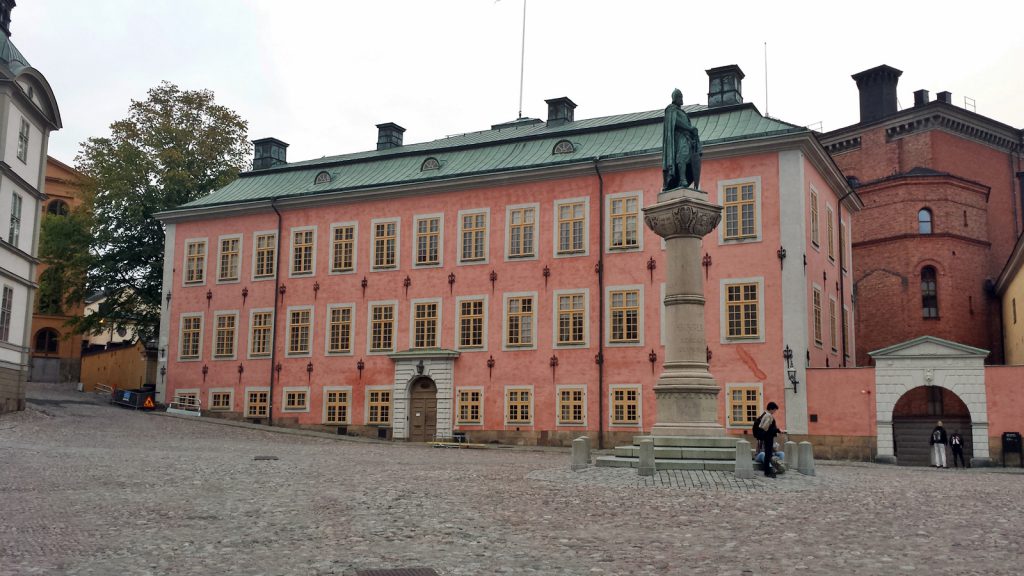 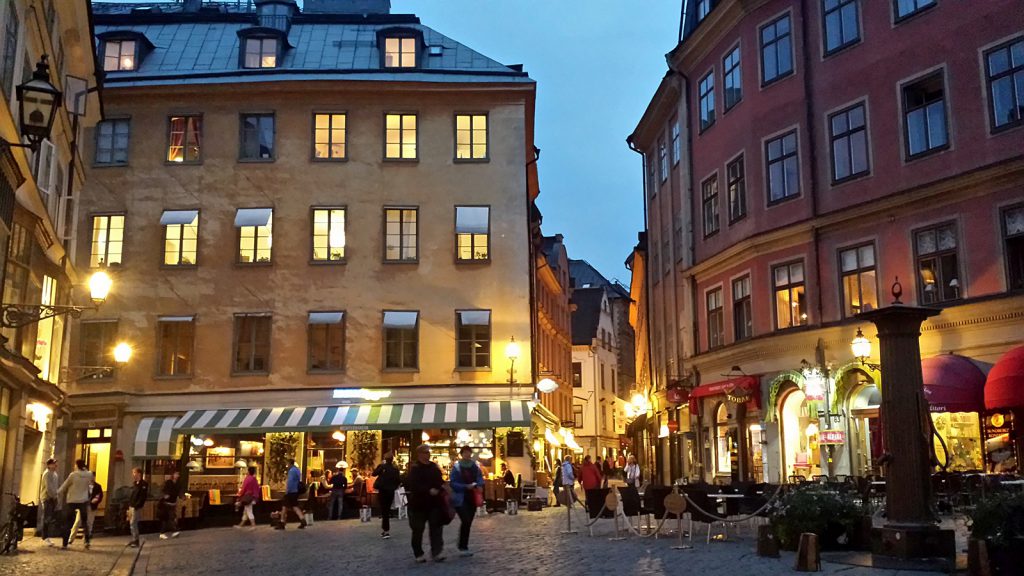 Two hours time for touring Stockholm is way too little. The city is well worth a longer visit one day. 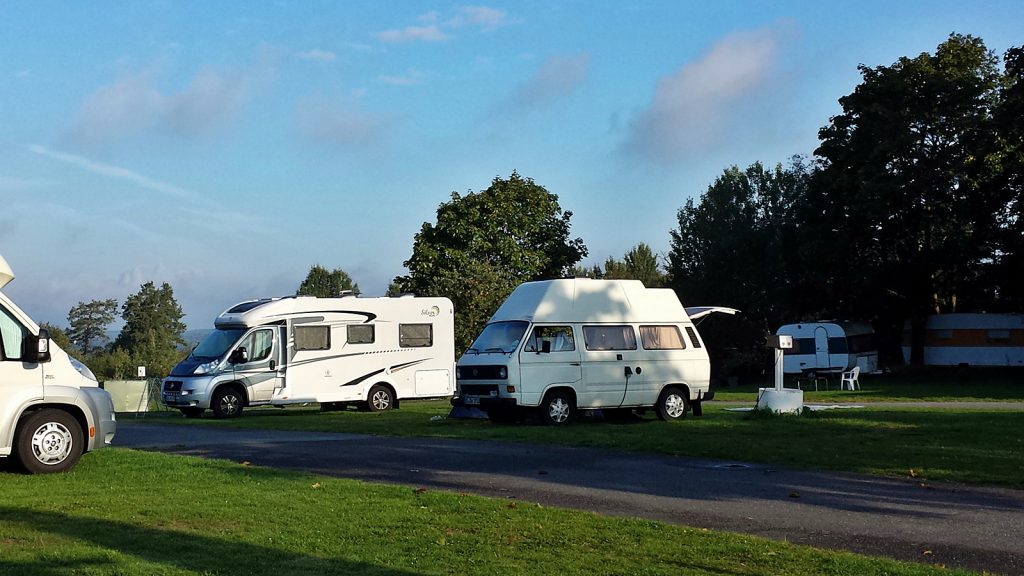 There is hardly anything to report about today. We have to be home by tomorrow evening, so we don’t have a real sightseeing program for today. At breakfast we decide to take the coastal road towards Malmö instead of the motorway. Unfortunately, the coastal road turns out to also be a motorway without any views of the sea. On the way we fail to grab a fish bagle for lunch, and to make matters even worse it starts to rain in the evening, the search for a campsite becomes more difficult than expected and thus we file this day as “unimportant”.

On our last day of the roadtrip, strong winds greet us in the morning, therefore the rain has stopped over night. After breakfast we set off for Denmark via Øresund Bridge, which charges us 44,-€. The ferry Helsingborg-Helsingør might have been cheaper…

Since we have time we do a short intermediate stop in Copenhagen, Denmark’s capital. We park the car in the town center and explore the city by foot. 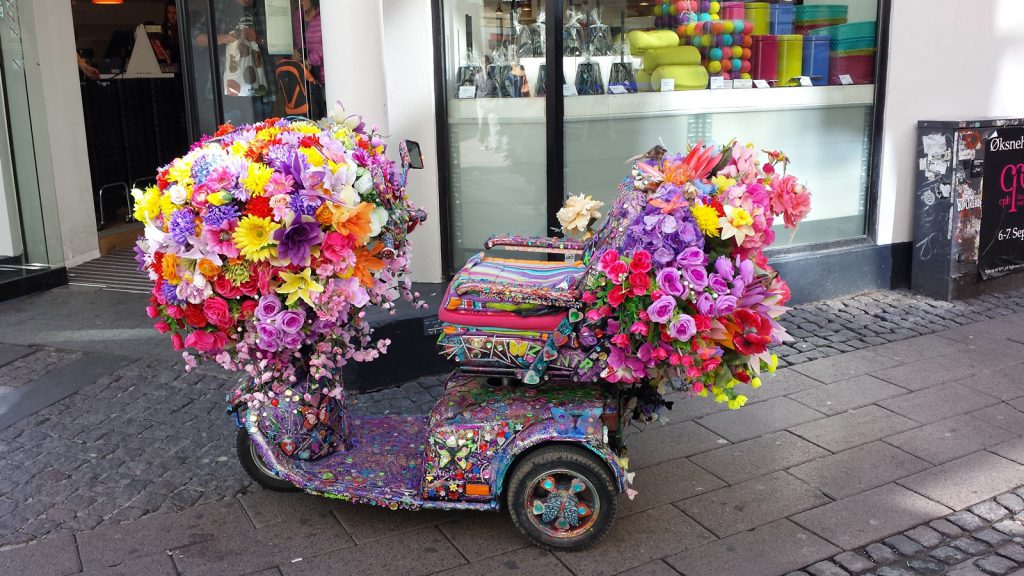 After having explored downtown Copenhagen we go to the Little Mermaid. She is actually quite tiny and hard to make out in between all the tourist masses being carried here in five-minute-intervals in big coaches. Since we are no better tourists, we also scramble through the crowds to get a better view of the little Lady. 😉 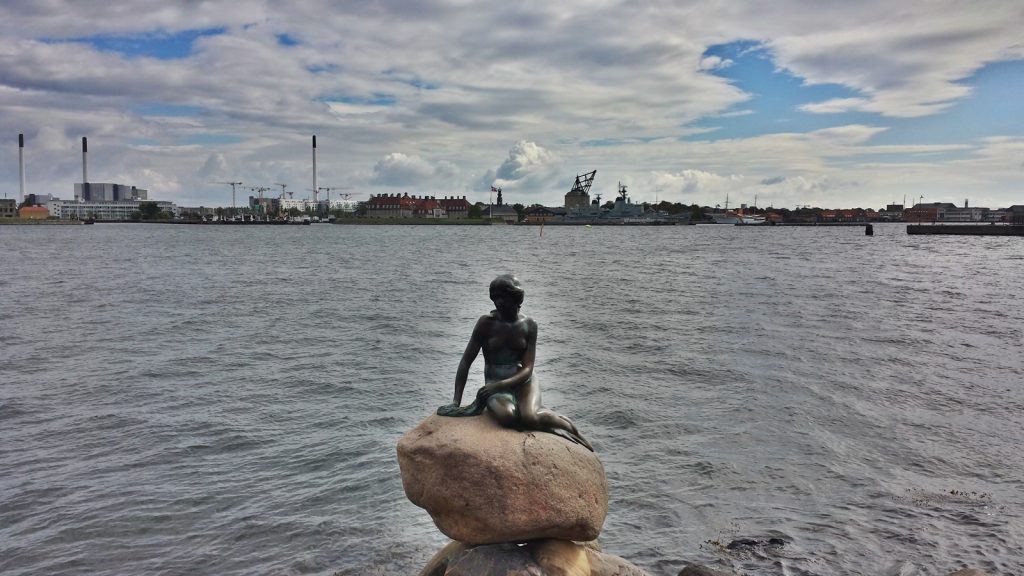 After a last fuel stop in the outskirts of Copenhagen we reach the ferry port of Rødby three hours later where we again arrive just in time for the next departure. Arrive at port – enter the ferry – bulkheads sealed – off we sail. 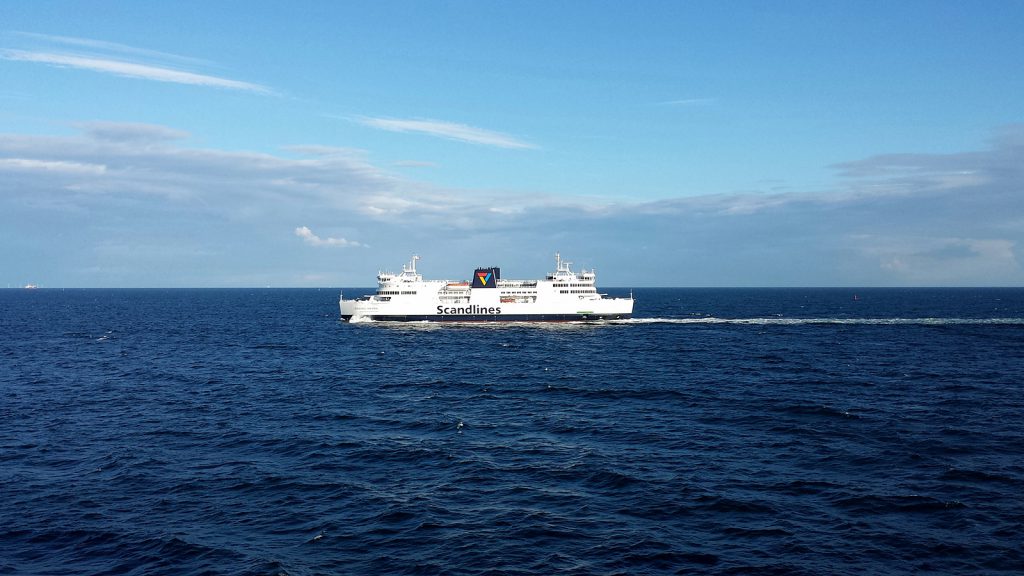 We are back in Germany at 6pm already. We enter the border shop in Puttgarden to buy some tasty Danish liquorice liquor and make another intermediate stop in Heiligenhafen, where we finally get the fish bagle we were not supposed to have yesterday.

At 9pm we finally reach Hamburg again after 295 hours and 45 minutes, having travelled 4,736 kilometers including six ferry passages and through five countries, having attended four Hamburg Freezers away games in three different hockey arenas, having travelled through two time zones and not seen a single moose.

Now the Didimobile can relax for eight days before setting off to the third and last CHL away game in Nottingham, England.