This morning awakes us with single digit temperatures but clear blue skies. What was it the weather forecast had predicted before we left Hamburg? Ten days of constant rain. No way! 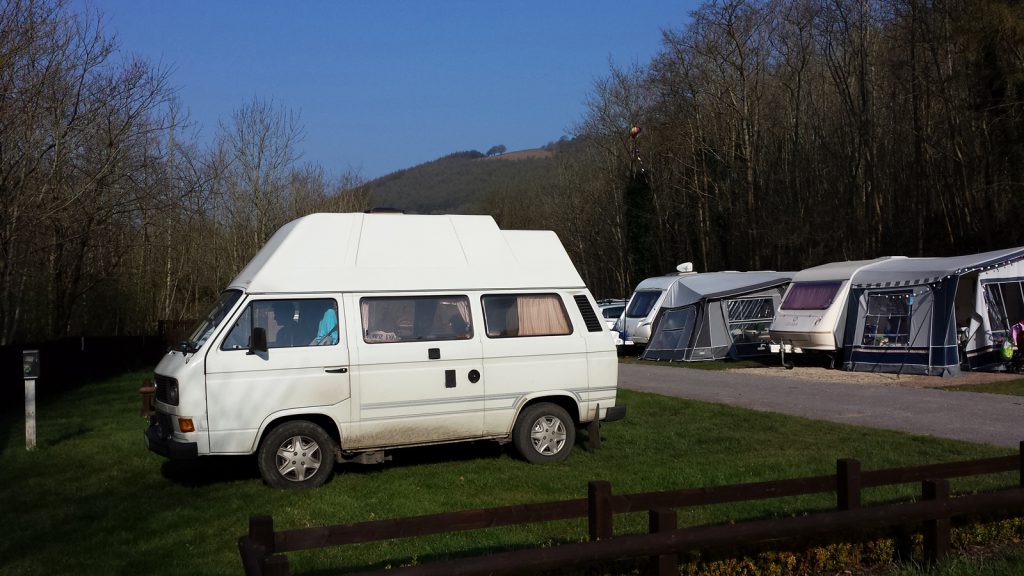 At paying for the night we are looked at suspiciously again that we have just stayed at a campground without any prior reservation. The British don’t seem to like spontaneous holidays, but isn’t that what motorhomes are intended for?

We continue our journey south towards Bristol Channel and over the Severn Bridge back to England. At a road intersection we even find some old cast-iron signposts.

Our next destination is Cheddar Gorge, a gorge in the Mendip Hills up to 113 meters deep and therefore Great Britain’s largest rock canyon. By car the five kilometer long gorge can be comfortably explored. Those who favor a walk around the top of the canyon have to pay ridiculously high prices for a parking space so we are content with the views from below. 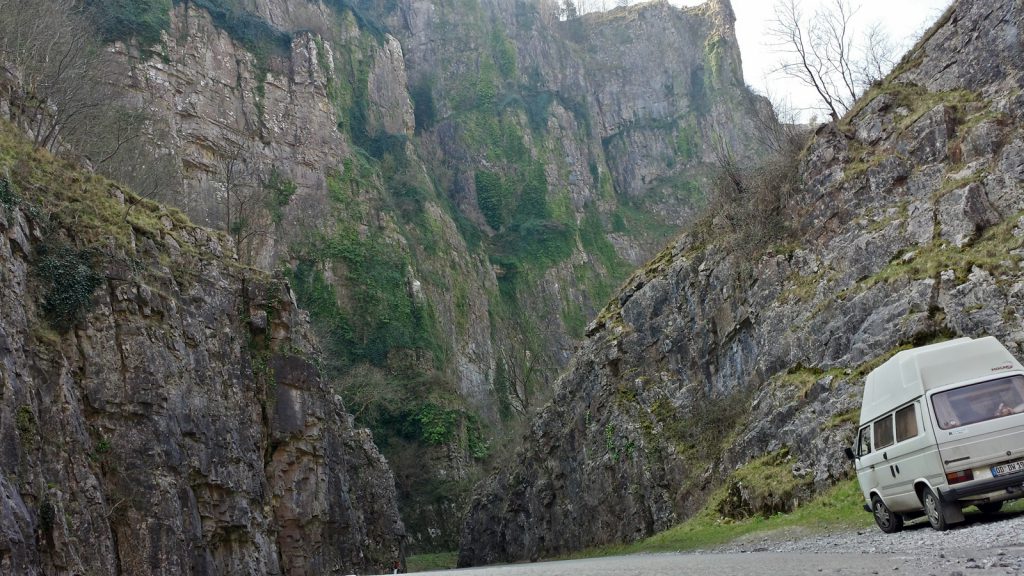 Down in the village are masses of tourists roaming around so we also skip a visit to the famous caves and continue towards the English Channel. Unfortunately “The Fog” awaits us at the shoreline, moving inland from the sea for a fair kilometer, distracting any views of the sea. Frustrated we are looking for a campsite and find a pitch at Holmsley Campsite at New Forest National Park. 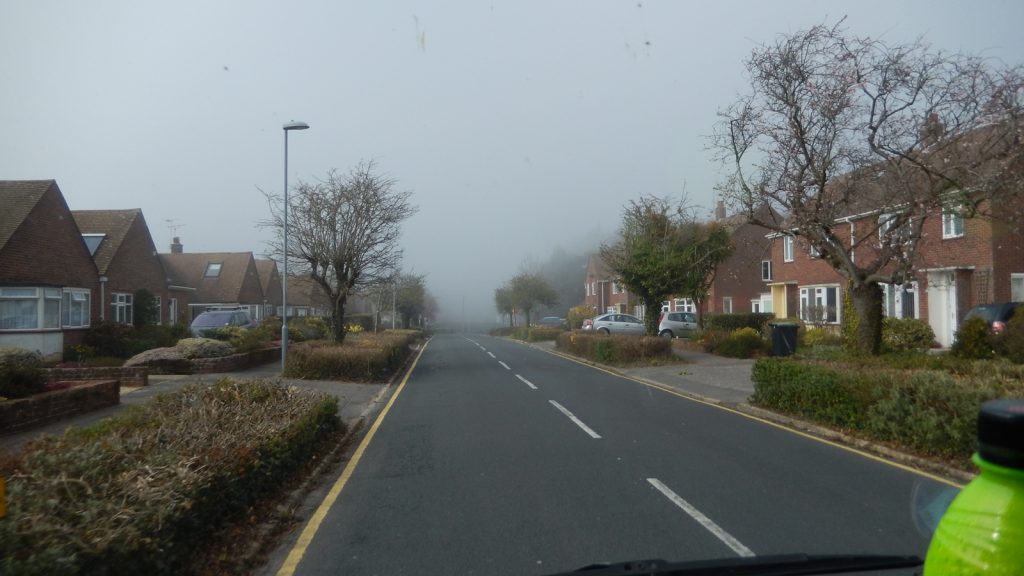 Meanwhile the son luckily feels much better  and away from the coastline the weather is still warm and sunny, so we look for a supermarket which we find two villages further. We buy some meat and salads for an evening barbeque, which is not really easy in England. Meat you normally only get sliced or chopped, and noodle- or potatoesalads are not really familiar with the British. 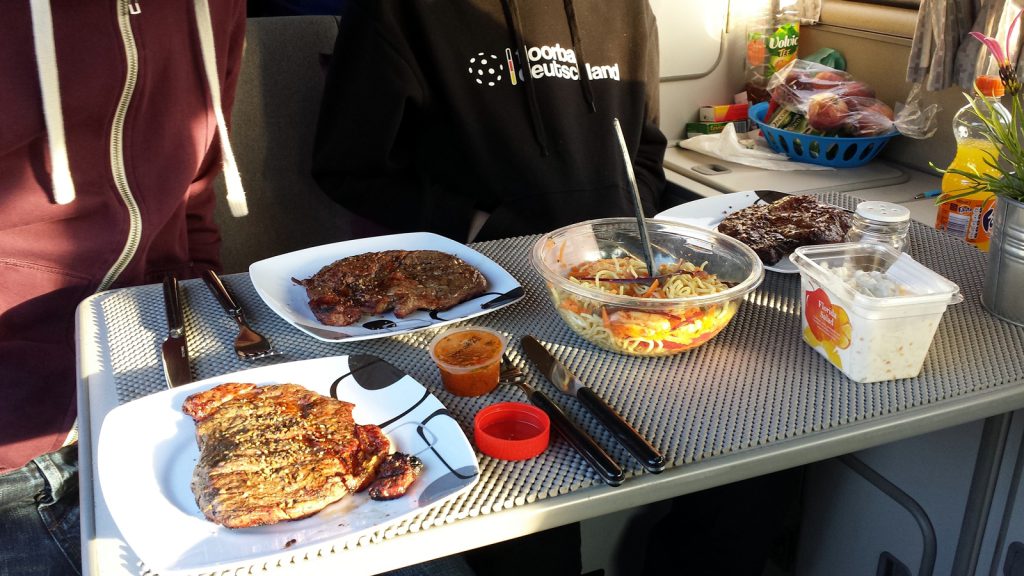 During the evening we get a new neighbour. He drives a T2 VW bus. I have already mentioned it, haven’t I? 😉 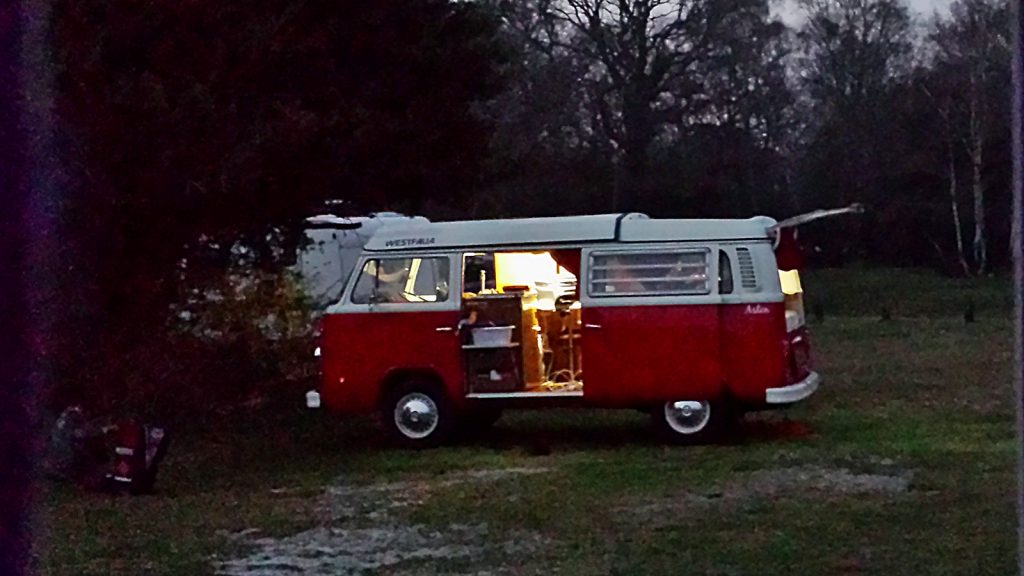 We end the last evening with a local ale and go to bed early because we have to start quite early tomorrow in order to be at the ferry in Dover in time. 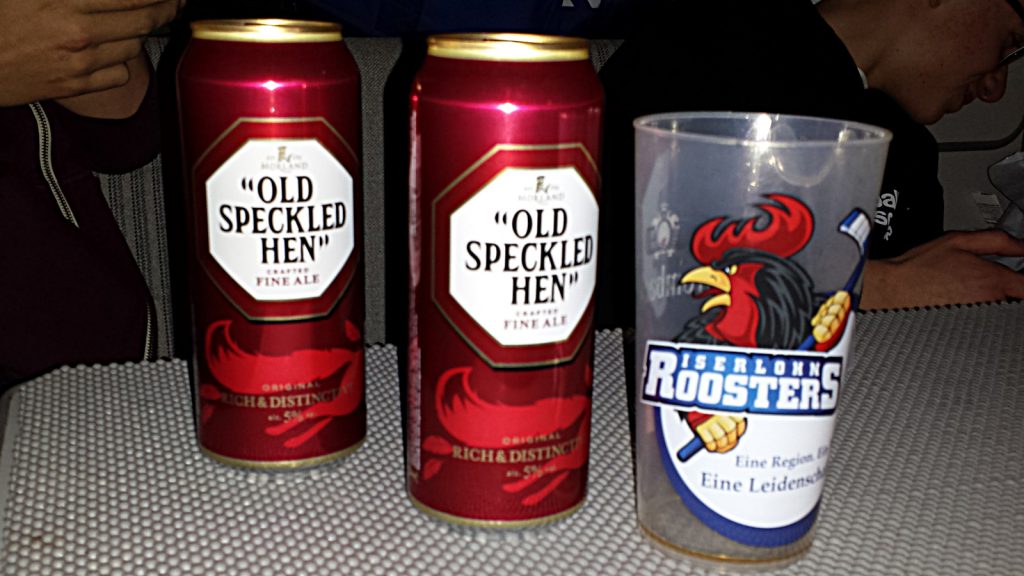 Farewell beer with the “wrong” mug… 😉

All Things Come to an End

After we had to circumnavigate two horses at leaving the campsite this morning, the journey to Dover via British motorways is quite unspectacular, even the London orbital M25 can be travelled on without any queues. 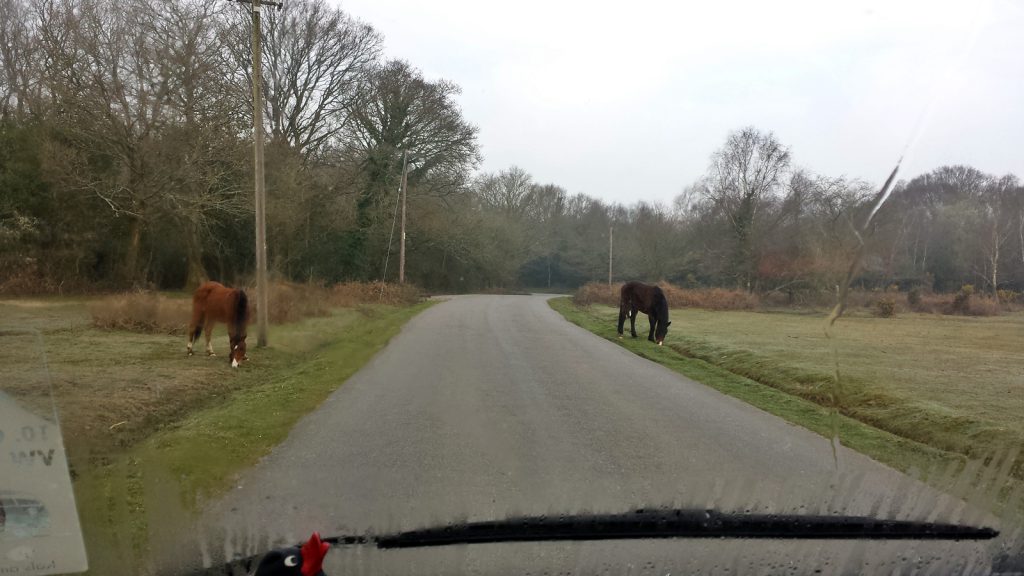 An hour before the scheduled ferry departure we reach the port of Dover and after a smooth crossing we are back on mainland Europe.

After another night in Holland the Didimobile is back in Hamburg on Sunday, April 12th, 2015, after 3,533 kilometers, twelve days, seven campsites, six countries, four hockey games, one football game and an unbelievably amazing playoff party with and at  friends in Nottingham.