Summer holidays have begun, a perfect time for an extensive tour to my beloved mountains. A destination was found easily, because there will be a VW bus convention in Kals am Großglockner at the weekend. So there we go. 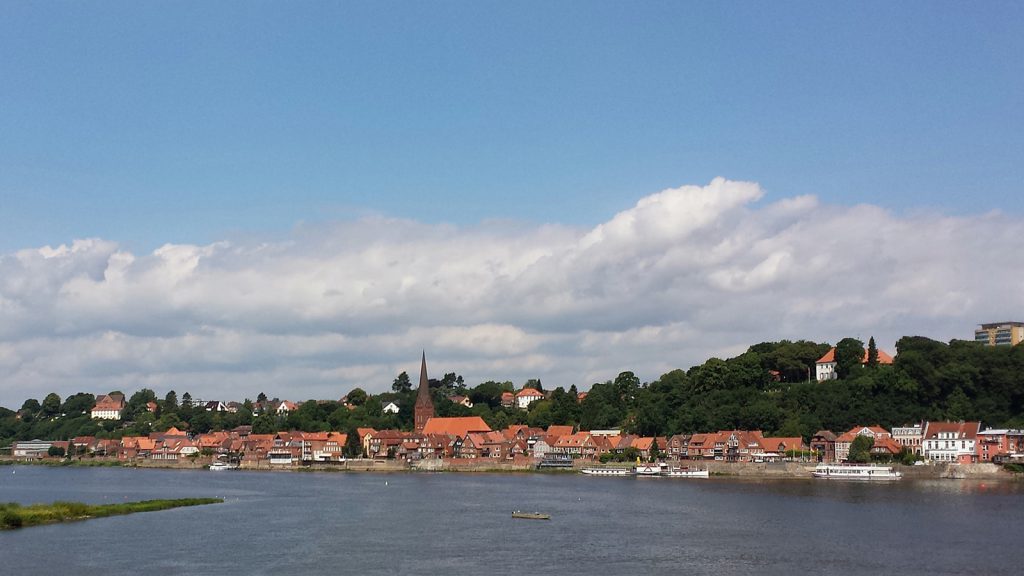 Lauenburg (Elbe), border between the German counties of Schleswig-Hostein and Lower Saxony

During our tour to the Therme Erding Spa we have found out that country roads are a great alternative to the Autobahn, especially for experiencing a country and its inhabitants. And that does not only work abroad, but also in the very own home country. Thus I quickly picked up my good friend and “foster son” from his home, grab the obligatory box of Fritz Cola and some food supplies and off we go along well known paths down federal road number 4 via the Harzer Mountains toward Thuringia, where we find the most delicious “Original Thüringer Bratwurst” (original Thuringia sausage) ever from a snack bar near Straußfurt. 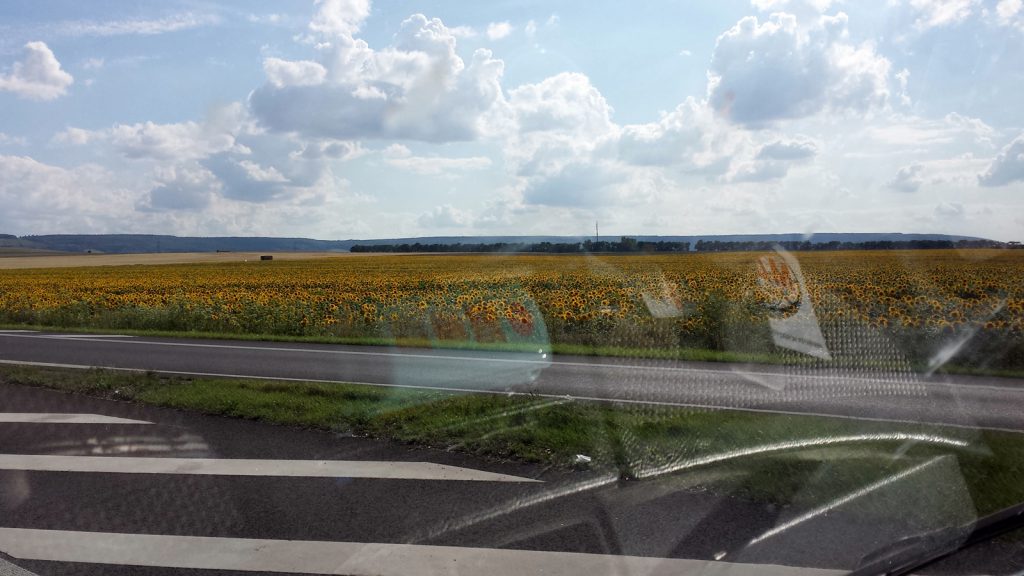 Somewhere near Erfurt the son finds out that if we make it until 21.00 to the well-known Brewery Inn in Frankonia Switzerland we could still get something for dinner there. So I do my very best to get there in time, cruising along the Rennsteig-Autobahn all the way down to Hochstahl, still being an impossible mission to do for us without the help of google maps satnav. 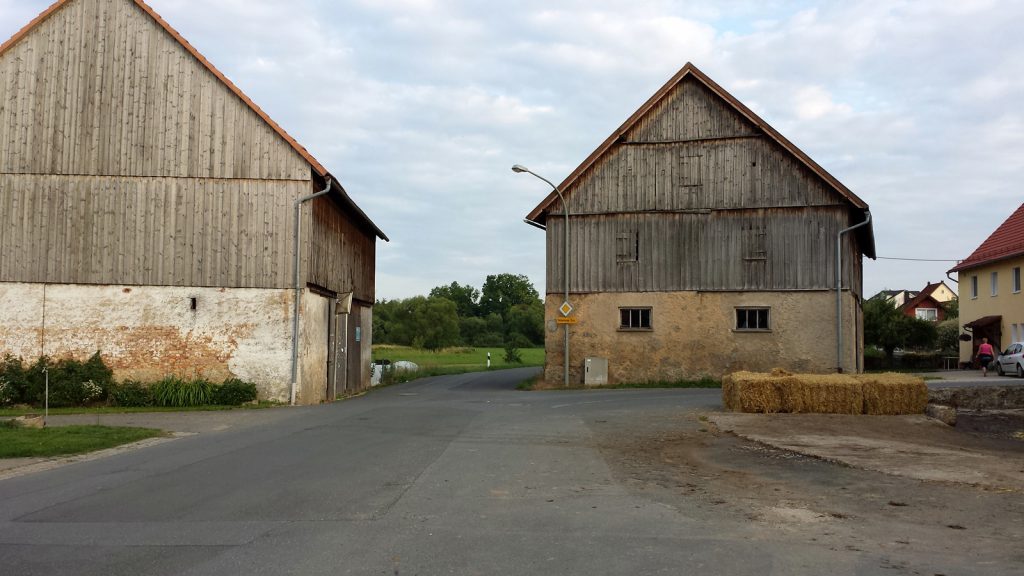 Höfen (near Hollfeld). To the right the road to Hochstahl. Still impossible to find without the aid of a satnav.

Indeed we manage to be at the RV park just in time before the kitchen closes. After a delicious dinner and a beer from a beer vending machine we can happily go to sleep. Holidays have finally begun.

Junior wanted to go to Lake Chiemsee, so we already had a destination for today. After an extensive breakfast we continue our tour further south without any means of satnav and enjoy the tranquility of Frankonian Switzerland. 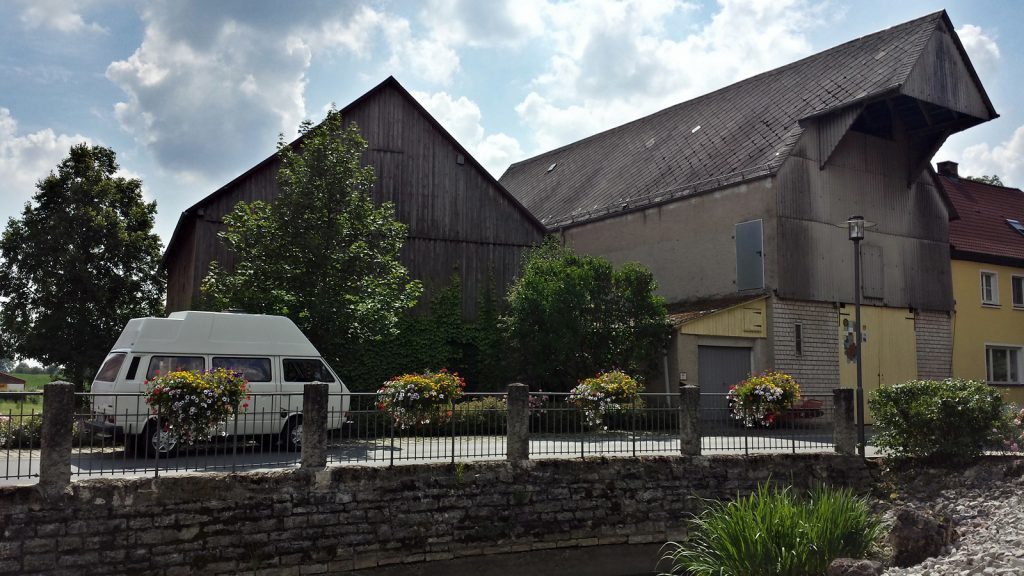 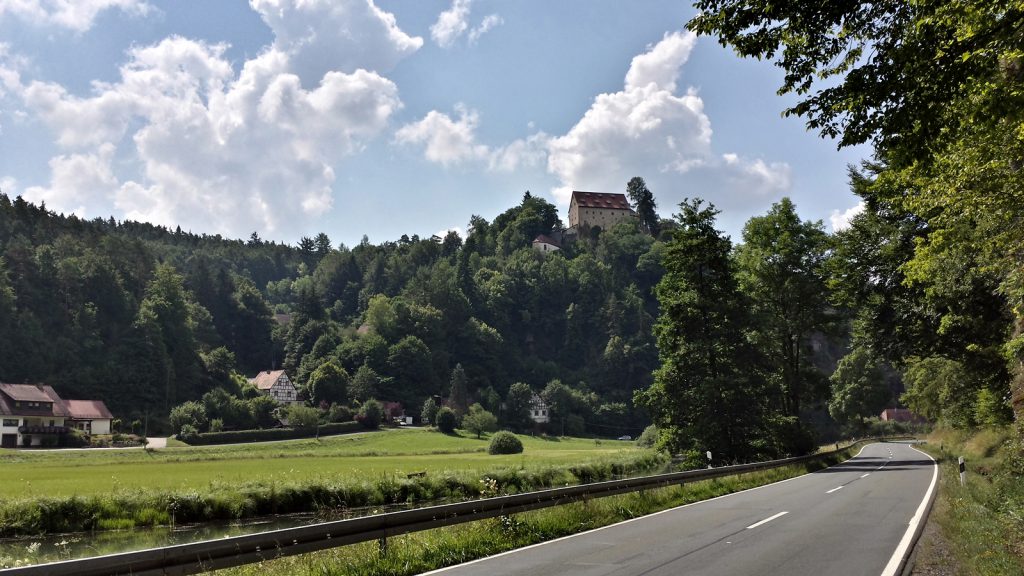 Along rural roads with only very few traffic we are passing near Regensburg around noon, where we  decide to do an excursion to the Walhalla Hall of Fame. The weather is perfect, only the deciduous trees reveal us still being in Germany and not at the Akropolis in Athens. 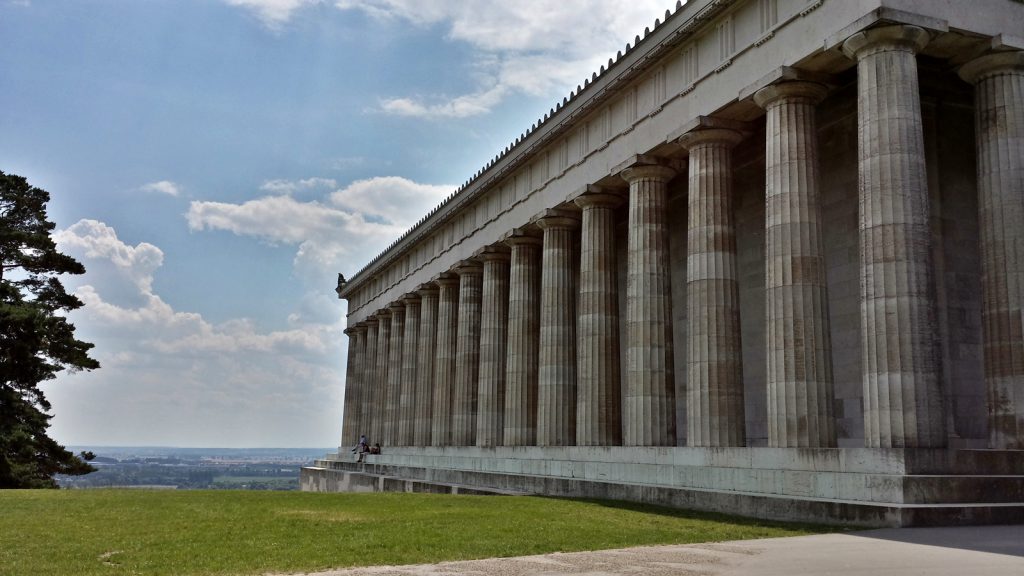 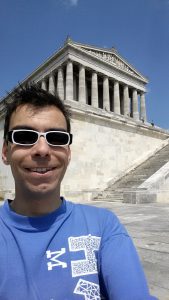 Didi in front of the Walhalla

“The Walhalla is a hall of fame that honors laudable and distinguished people in German history – “politicians, sovereigns, scientists and artists of the German tongue”; thus the celebrities honored are drawn from Greater Germany, a wider area than today’s Germany, and even as far away as Britain in the case of several Anglo-Saxons who are honored. The hall is a neo-classical building above the Danube River, east of Regensburg in Bavaria.

The Walhalla is named for the Valhalla of Norse Paganism. It was conceived in 1807 by Crown Prince Ludwig in order to support the then-gathering momentum for the unification of the many German states. Following his accession to the throne of Bavaria, construction took place between 1830 and 1842 under the supervision of the architect Leo von Klenze. The memorial displays some 65 plaques and 130 busts covering 2,000 years of history, beginning with Arminius, victor at the Battle of the Teutoburg Forest in 9 AD.” 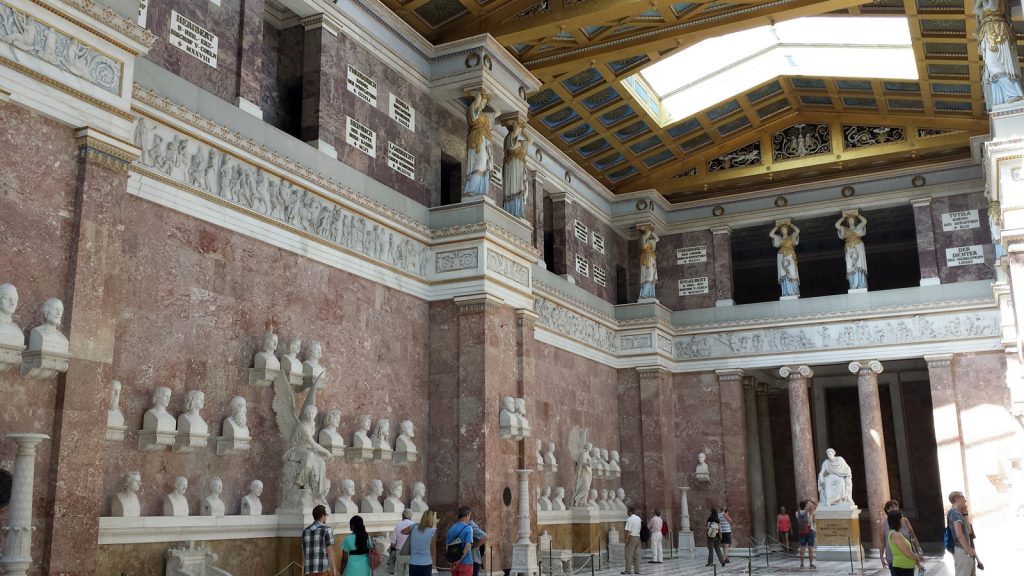 Busts and plaques inside Walhalla

In the afternoon we continue our journey towards Lake Chiemsee where we arrive only in the evening and find a wonderful RV park at Steiner Farm. It’s not situated directly alongside the lake, but therefore with a beautiful direct view of the Alps and some really warm-hearted and welcoming hosts. We will come here more often in the future. 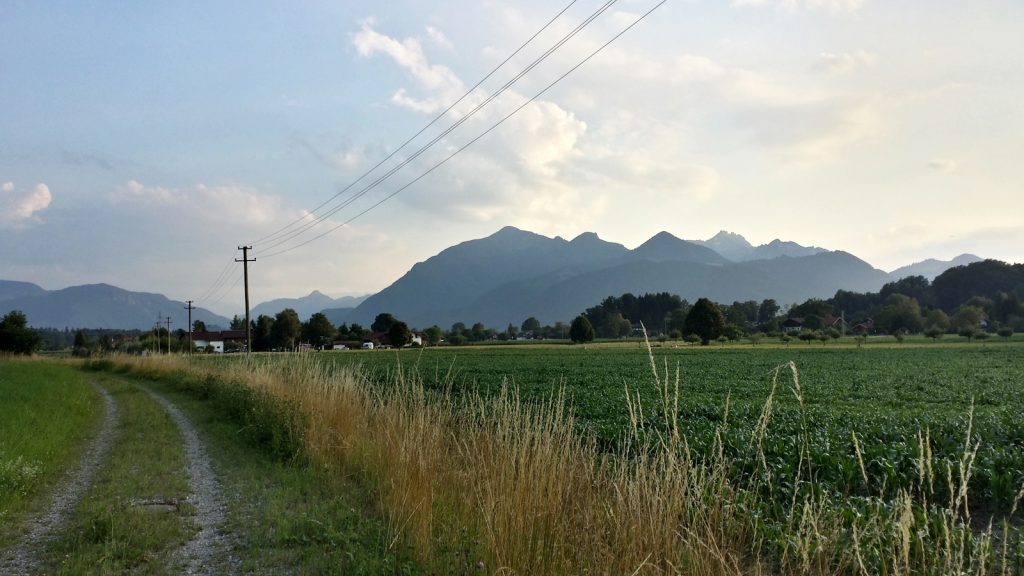 View towards Kampenwand and Geigelstein mountains.

2 Replies to “The Alps 2014 – Part 1: Frankonian Switzerland and Walhalla Hall of Fame”