The Didimobile, a Volkswagen Westfalia-Joker-Campervan Vanagon, model T25, built in 1990 accompanies it’s owner Didi on trips through Germany and Europe since 2014.  A rather spontaneous purchase of a “small campervan” turned out to have been a real lucky strike, and after only two years the Didimobile has already done 40.000 kilometers through Germany, Scandinavia, the Alps and Great Britain without any breakdowns. 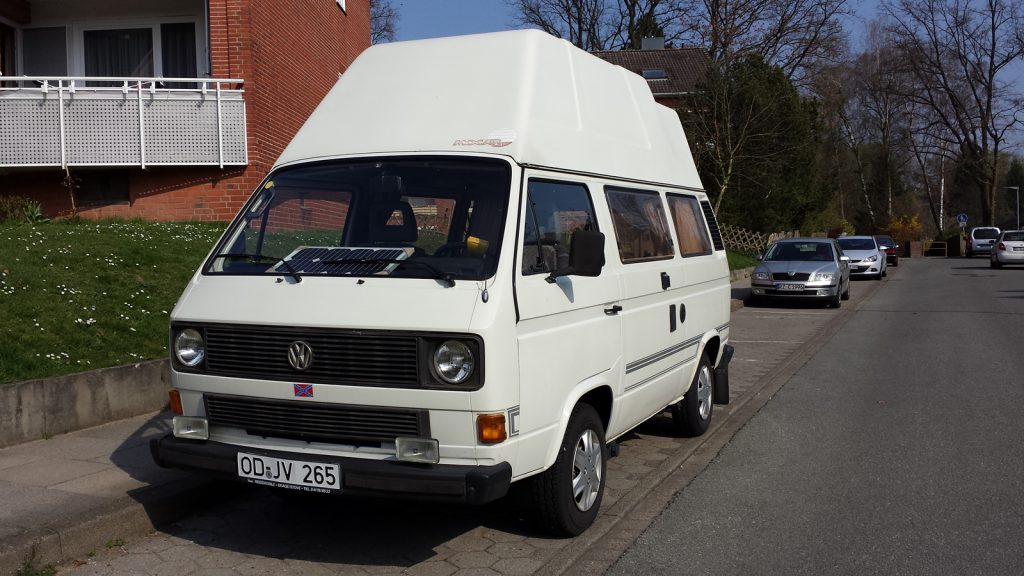 Having been moved only once in a while for about a year the Didimobile became jazzed up a bit immediately. The old and ugly dark grey furry seat-covers including all the dust and lost items of 24 years got thrown away, the frayed red carpet was replaced by dark laminate, storage boxes bought at a Swedish furniture shop and a new carpet with a new step put in place between driver’s cabin and living room. Of course the obligatory FEJKA artificial flower from IKEA became a basic asset and puts a smile on people’s faces everywhere. 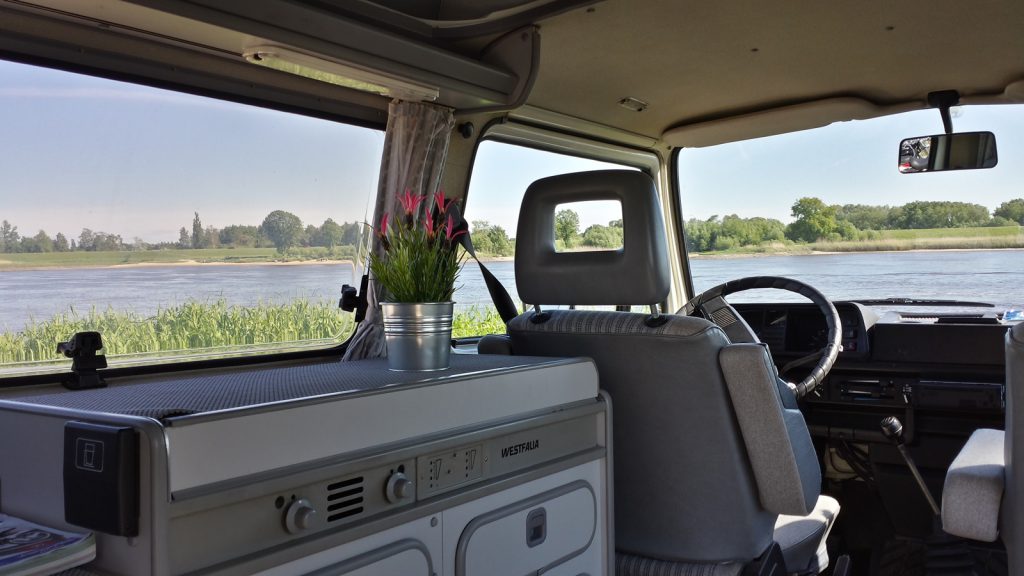 After the breaks had been renewed and some first daytrips to the nearer surroundings had been successfully completed the first larger tour with two friends was about to commence. 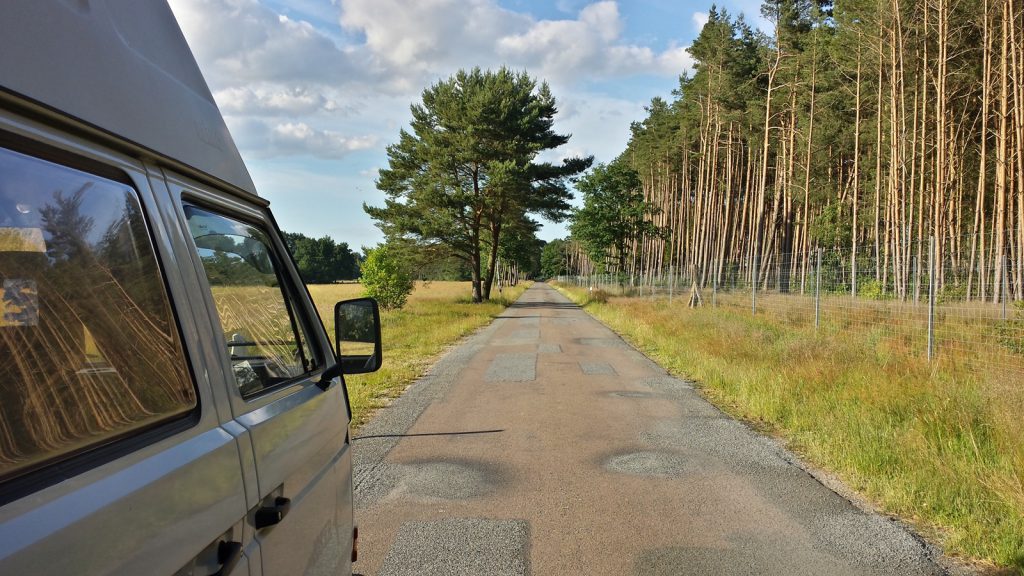 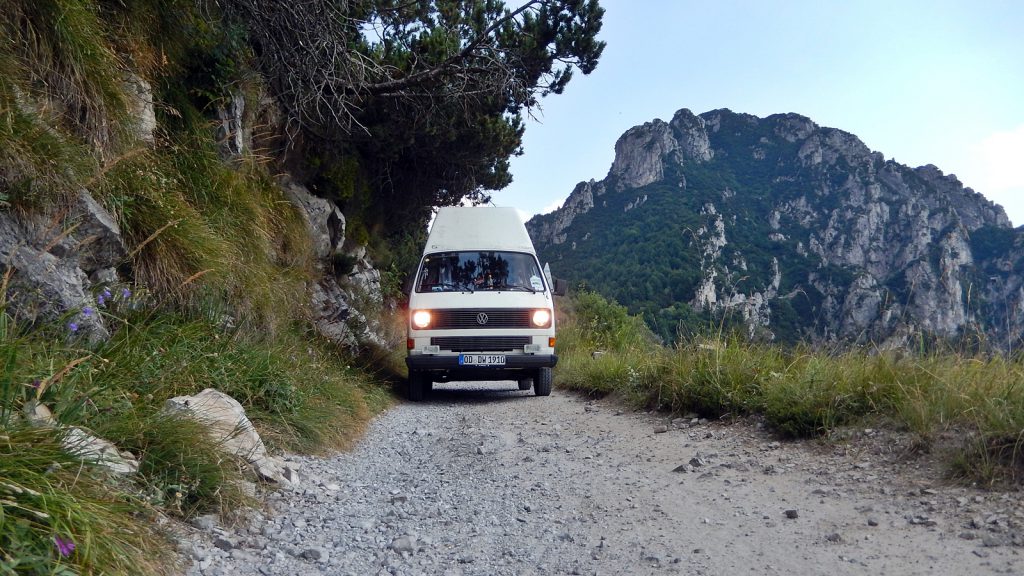